Amazon unveils new trailer for The Romanoffs | Where to watch online in UK | How to stream legally | When it is available on digital | VODzilla.co 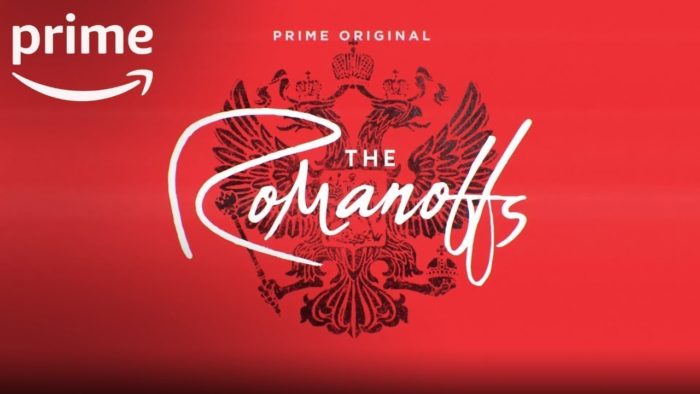 With The Romanoffs almost exactly one month away, Amazon has unveiled a new trailer has landed for Matthew Weiner’s new drama.

The original contemporary anthology is created, written, directed and executive produced by the Mad Men legend and features eight separate stories about people who believe themselves to be descendants of the Russian royal family. Set in seven countries around the globe, The Romanoffs was shot on location in three continents collaborating with local productions and creative talent across Europe, the Americas, and the Far East. Each story takes place in a new location with a new cast.

The first episode, The Violet Hour, stars Marthe Keller, Aaron Eckhart, Ines Melab and Louise Bourgoin and the second – The Royal We – stars Corey Stoll, Kerry Bishe, Janet Montgomery and Noah Wyle. One is set in Paris, where an ancestral home holds the key to a family’s future. The other sees a couple whose marriage is in a rut find their own temptations.

Both episodes will premiere as a double-bill on Amazon Prime Video on Friday 12th October with new episodes then released weekly, on Fridays.

Three continents. Seven countries. Eight stories. One family. Probably. That’s the starting point for Matthew Wiener’s new series, The Romanoffs – and a new trailer gives us our first look at the bizarre comedy-drama in action.

The Mad Men creator’s anthology travels around the globe to bring us several separate stories about people who believe themselves to be descendants of the Russian royal family – regardless of whether they actually are or not. The cast includes Aaron Eckhart, Diane Lane, Isabelle Huppert, Christina Hendricks, John Slattery, Amanda Peet, Jack Huston, Kathryn Hahn, Noah Wyle, and Paul Reiser.

The new trailer gives us a glimpse of many of those names, as well as sets the tone for what promises to be a wryly amusing oddity. The Romanoffs premieres on Friday 12th October on Amazon Prime Video.

It’s only a couple of months until Amazon’s The Romanoffs is finally released, and a new trailer for the series isn’t afraid to remind us just how many impressive names are involved.

The new show from Mad Men creator Matthew Weiner was already highly anticipated when Amazon snapped it up, not least because it reunited him with Mad Men veterans Christina Hendricks and John Slattery. The full ensemble list, though, just keeps getting better, with everyone from Isabelle Huppeert, Amanda Peet and Aaron Eckhart to Diane Lane, Corey Stoll, Kathryn Hahn, Jack Huston, Kerry Bishé and Paul Reiser all set to appear in the show.

The anthology series will follow multiple stories about people who believe themselves to be descendants of the Russian royal family, and the trailer sets a knowingly pompous tone, brazenly boasting its star-studded credentials to the swaggering blasts of Prokofiev’s Montagues and Capulets.

The series will premiere on Amazon Prime Video on Friday 12th October. Here’s the video: