The pair, which worked together on 2017’s The Little Hours, have co-written the psychological drama, which follows Sarah (Brie), an awkward woman with a fondness for crafts, horses, and supernatural crime shows.

More content in their company than with people, she finds her increasingly lucid dreams trickling into her waking life. The surreal dreams begin upend the simplicity of her waking life, leaving her struggling to distinguish her visions from reality. A darkly humorous story of a woman’s search for the truth, however abstract it may be, Horse Girl premieres at Sundance this month before arriving on Netflix on 7th February.

Horse Girl is available on Netflix UK, as part of an £8.99 monthly subscription. 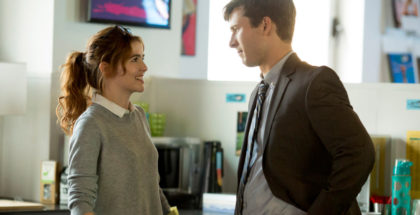