Robot Wars will return to BBC Two | VODzilla.co | Where to watch online in UK

Robot Wars will return to BBC Two. This is not a drill.

Sergeant Bash. Matilda. Sir Killalot. If those names are already sending a mechanical chill up your spine, then prepare to activate your excitement circuits: BBC Two has commissioned Mentorn Scotland, part of the Tinopolis Group, to bring back Robot Wars for an all-new series.

There will be six new hour-long episodes of the show, which gave kids and adults alike the chance to vicariously live their dreams of building battle-hardened robots and watching them pummel each other to pieces. Flamethrowers, titanium axes and chainsaws were the order of the day – and that was way back in 1998.

17 years on, the BBC promises a new structure with more robots, more battles and more science than ever before. Yes, the new series will boast “a raft of technological advances”, with “innovative fighting machines” pit against each other by amateur roboteers.

The show will be recorded in a purpose-built, bullet-proof arena in Glasgow, with cameras on hand to capture every crush, saw and scorch in detail.

Shillinglaw says: “Robot Wars is an absolute TV classic and I’m thrilled to be updating it for the next generation of viewers. With new technological advances making for an even more exciting and immersive experience, this is a fantastic example of the kind of content-rich factual entertainment that BBC Two excels at.”

Indeed, BBC Two and BBC Four together have helped to bring UK TV’s scientific programming bang up to date, with everyone from Brian Cox and Dara O’Briain to Dr. Helen Czerski and Dr. Adam Rutherford engaging and informing viewers on a wide range of subjects. They, however, don’t have chainsaws and flamethrowers.

That means more of this: 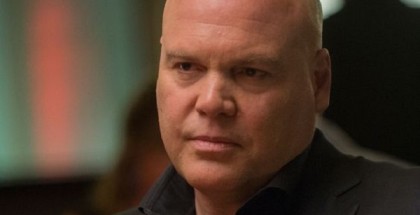