Peacock launches on Sky and NOW UK: What's streaming, how it works | Where to watch online in UK | How to stream legally | When it is available on digital | VODzilla.co

Peacock launches on Sky and NOW UK: What’s streaming, how it works 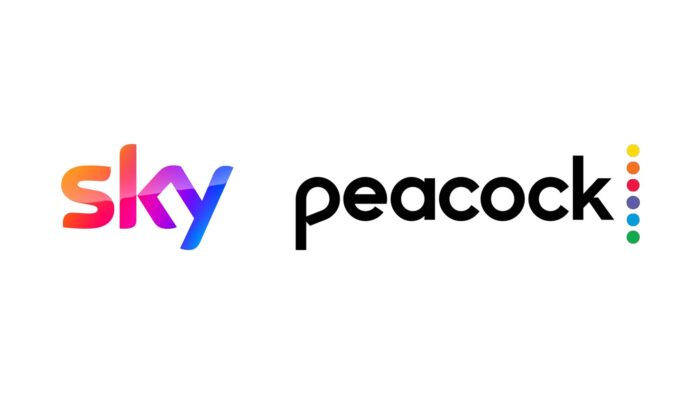 Peacock has officially launched on Sky and NOW in the UK and Ireland, bringing with it a number of additional titles – but with no extra cost.

Peacock is essentially NBC’s answer to Paramount+ and HBO Max. It brings together the company’s extensive back catalogue, including such shows as 30 Rock, Bates Motel, Battlestar Galactica, Brooklyn Nine-Nine, Cheers, Frasier, Friday Night Lights, House, The Office, Parks and Recreation, Saturday Night Live and Will & Grace.

With NBC owners Comcast already the owners of Sky in the UK, and with Peacock based on the infrastructure used by Sky’s own streaming interfaces, we’ve previously predicted that rather than launch as a standalone platform in the UK, Peacock would likely become part of Sky instead. Now, Peacock has indeed joined Sky – although it’s doing so under the Peacock brand, which keeps the door open for other options in the future. (Sky is officially describing its arrival on Sky and NOW in the UK and Ireland as a “soft launch” and as “early access”, so you can expect some kind of paid option, for non-Sky customers or without adverts for Sky customers, further down the line.)

The launch today comes with two notable new Peacock titles that weren’t previously broadcast in the UK: the 2020 revival of Saved by the Bell and Rutherford Falls (2021). They’re joined by Five Bedrooms, which aired its first season on BBC One last year. Otherwise, there’s a lot of classic NBC favourites, from Parks and Recreation and The Office to Superstore, Will & Grace and Saturday Night Live.

Peacock’s library is available through a Peacock-branded channel on the Sky menus, much like the way Netflix and BBC iPlayer are available as apps on Sky. It is ad-supported, so not much different to watching live TV on Sky. On NOW, it is automatically included as part of the NOW entertainment membership and will be presented as a channel option on the NOW menu. Some Peacock-branded movies (effectively anything owned by NBC) are also now part of the Sky Cinema and NOW catalogue.

Of course, because of NBC and Sky being owned by Comcast, quite a few Peacock titles were already available anyway through Sky Cinema, Sky’s own TV channels or Syfy UK, but you can expect Sky to tidy up those kind of overlaps as it goes.

Here’s what’s now available via Peacock on Sky and NOW in the UK and Ireland:

The Best Man (1999)
Bird on a Wire
Bowfinger
Brüno
Bulletproof
Children of Men
Definitely, Maybe
Far and Away
Fear and Loathing in Las Vegas
The Game
Hanna
Hannibal
The Last House on the Left
MacGruber
A Million Ways to Die in the West
Meet Joe Black
O Brother, Where Art Thou?
Out of Sight
Pride & Prejudice
Scent of a Woman
Seed of Chucky
A Simple Wish
The Skeleton Key
Tower Heist
United 93
Very Bad Things
What Dreams May Come
You, Me, and Dupree

Peacock to join Sky and NOW in UK

Peacock will launch on Sky and NOW in the UK later this year.

The streaming platform, which is NBC’s answer to Paramount+ and HBO Max, is the latest VOD play from a US network and brings together the company’s extensive back catalogue, including such shows as 30 Rock, Bates Motel, Battlestar Galactica, Brooklyn Nine-Nine, Cheers, Frasier, Friday Night Lights, House, The Office, Parks and Recreation, Saturday Night Live and Will & Grace.

With NBC owners Comcast already the owners of Sky in the UK, and with Peacock based on the infrastructure used by Sky’s own streaming interfaces, we’ve previously predicted that rather than launch in the UK, Peacock would likely be part of Sky instead. Now, NBC has confirmed that Peacock will indeed be joining Sky, although it will be doing so under the Peacock brand.

Peacock will be available at no additional cost across Sky platforms, including Sky Q and NOW.

“Comcast’s Xfinity has been integral to the success of our go-to-market strategy with Peacock in the U.S., and we see a similar opportunity to expand internationally with Sky,” said Jeff Shell, Chief Executive Officer, NBCUniversal. “We are excited to bring Peacock to millions of Sky customers and add incredible value to their platforms with a premium catalog of the best entertainment from across NBCUniversal that is included with their subscription. By leveraging Comcast’s Xfinity platforms in the U.S., we were able to test and learn, quickly drive scale, usage, and brand awareness of Peacock. We look forward to doing the same with Sky in Europe.”

The agreement with Sky marks Peacock’s first international expansion since its U.S. launch last summer. Over the past year, 54 million customers have signed up for Peacock in the U.S.

Dana Strong, Group Chief Executive Officer of Sky, said, “Peacock will be a great addition for Sky customers with over 7,000 hours of content at no additional cost. This exceptional value add is another example of the great ways we are innovating to bring more benefits to our customers from the synergies across Sky, NBCUniversal, and Comcast Cable.”

Ad-supported Peacock programming will be available to all Sky TV customers at no additional cost, and bundled as part of the entertainment membership on NOW and Sky Ticket, and include a wide array of content, including The Office, Rutherford Falls, Saved by the Bell, Equalizer, Young Rock, Kardashians, Suits, Downton Abbey, and more. Over time, Peacock will continue to enhance its catalog of content drawing on both Peacock Originals and NBC’s iconic library of series and movies.

Watch this space for a confirmed launch date.

NBC’s new streaming platform, Peacock, as unveiled its full content slate ahead of its launch this summer.

The platform will go live in July 2020 in the US, with early access for Comcast customers. A tiered structure will give access to basic content with ads for free, while additional subscriptions on top of that will add access to exclusive original titles and the option of no adverts.

With Comcast now the owners of Sky in the UK, and with Peacock based on the infrastructure used by Sky’s own streaming interfaces, it is likely that Peacock will not launch in the UK at all, with NBC content instead heading to Sky. Indeed, one of Peacock’s originals is the David Schwimmer-fronted comedy Intelligence, which has already been commissioned as a Sky original in the UK. Sky Comedy will also launch soon with Saturday Night Live a major jewel in its crown, another Peacock exclusive. (Watch this space for more information about UK availability as we get it.)

Peacock has also signed a multi-year partnership with Kevin Hart’s Laugh Out Loud network, which includes an equity investment in the company, a first look deal with LOL, and the distribution of LOL’s catalog on the service. As part of the agreement, Laugh Out Loud will produce a Kevin Hart stand-up comedy special and an original interview series called Hart to Heart, and a series of short-form content.

Tina Fey will also produce the original series Girls5Eva, about a one-hit-wonder girl group from the 90s that reunites to give their pop star dreams one more shot. International series from NBCUniversal International Studios include drama thriller The Capture, fresh off its rating success on the BBC in the UK, and comedy Lady Parts, launching on Channel 4 in the UK, as well as two other highly anticipated new comedies from Sky Studios (alongside Intelligence): Code 404 and Hitmen. A racing series from Dale Earnhardt Jr. has also been ordered, along with a behind-the-scenes documentary series that follows USA Basketball superstars on their journey to Tokyo, produced in partnership with the NBA.

Peacock will also stream Paramount Network hit series Yellowstone, the record-breaking drama, licensed from ViacomCBS. Yellowstone is co-created by Taylor Sheridan and John Linson, and is co-produced by David Glasser’s 101 Studios. Additionally, Two and a Half Men, and The George Lopez Show from Warner Brothers were announced.

Peacock will have the exclusive US streaming rights for the 2020 Universal film slate and beyond in the network window. Films will include some of the biggest live action feature films of all time, including Fast & Furious 9 and Jurassic World 3.

In development projects include:

Clean Slate, a series about old school car wash owner, Henry, who is thrilled that his estranged child is returning to Alabama after 17 years. However, Henry has a lot of soul searching to do when the child he thought was a son returns as the determined, proud, trans woman, Desiree. The series is written and exec-produced by Dan Ewen, Laverne Cox and George Wallace, with Norman Lear and Brent Miller exec-producing.

Expecting, from Mindy Kaling and Howard Klein and written by Chris Schleicher. It follows Ellie, a fiercely independent but perpetually single music manager, who has always wanted a family but never found a man worthy of the role of “father”. That is, until her 39th birthday, when she decides to ask her gay best friend and co-worker, Jonathan, if he’ll be her sperm donor. When Jonathan surprises himself by saying “yes,” it sets off a chain of events that turn Ellie and Jonathan’s personal and professional lives upside down as they try to turn their “chosen family” into a biological family.

Division One, a coming-of-age comedy about an underdog women’s collegiate soccer team that gets a new female coach – a former professional soccer player who’s fallen from grace – and must decide whether or not they’re going to take the risk of trying to be great. Writer/Executive Producers are Maggie Carey and Julia Brownell, with Amy Poehler exec-producing alongside Abby Wambach and Glennon Doyle, Kim Lessing (Paper Kite), Dave Becky and Tom Lassally (3Arts Entertainment).

Hatching Twitter, a drama about the birth of Twitter from Writer/Executive Producer: Nick Bilton and Executive Producer: Patrick Macmanus. Through exclusive access and exhaustive investigative reporting, New York Times best-selling author and Vanity Fair special correspondent Nick Bilton draws on hundreds of sources, documents, and internal e-mails to tell intimate true stories of companies behaving badly and technology gone awry. The first installment of this anthology series will be based on Bilton’s acclaimed book Hatching Twitter, a tale of betrayed friendships and high-stakes power struggles that accompanied the meteoric rise of the infamous tech company. 140 characters and a few lines of code changed the world, disrupting the very fabric of the way people communicate. This series will explore the real masterminds behind it all, how it was done, and the colossal ramifications the technology will have on our future.

MacGruber will also return, with Will Forte starring as well as writing and exec-producing alongside EPs Jorma Taccone (also directing) and John Solomon, plus EPs Lorne Michaels, John Goldwyn, Andrew Singer and Erin David (Broadway Video). After rotting in prison for over a decade, America’s ultimate hero and uber patriot MacGruber is finally released. His mission: to take down a mysterious villain from his past—Brigadier Commander Enos Queeth. With the entire world in the crosshairs, MacGruber (Will Forte), Vicki, and Piper must race against time to defeat the forces of evil. Only to find that evil… may be lurking within.