Original content drives Netflix to 17 million customers by end of 2014 | Where to watch online in UK | How to stream legally | When it is available on digital | VODzilla.co

Netflix is predicted to reach a worldwide total of 17 million customers by the end of 2014 – and its original content appears to be the key.

Netflix has made no secret of its two main strategies: make content you can’t watch elsewhere and enter as many markets as possible. Both of those cost money, from licensing fees to advertising campaigns, but it’s certainly paying off in terms of sheer reach: in September, the company announced it had 14.4 million international subscribers. Now, as Netflix launches in six European countries – including Germany and France – Digital TV Research forecasts that it will have 17 million members by the end of 2014.

That numbers have dropped in the UK is interesting – although their Christmas film listings hardly inspire loyalty – but the dip follows a rise in monthly fees from £5.99 to £6.99; a crucial step to help cover those costs of expansion.

There has also been a lack of high profile original programming in recent months. Bojack Horseman arrived in the summer, but is hardly Frank Underwood. House of Cards Season 2, meanwhile was almost 10 months ago, and Orange Is the New Black Season 2 a distant memory.

Original content certainly seems to be a major part of Netflix’s appeal. A recent survey of Netflix subscribers found that since Q1 2014, seven in 10 have watched some of Netflix’s original content. While it tends to be Millennials who watch original shows, as of Q3 2014, more than half of subscribers aged 55 and over had also given the original titles a go. Research earlier this year showed that the premiere of both OITNB and House of Cards caused a spike in sign-ups, while it is also this content this has repeatedly earned the company its social media buzz-grabbing Emmy and Oscar nominations.

“Viewership of original programming overall appears to have increased over the past six months,” notes Advanced Television.

Will Marco Polo’s arrival next week boost UK membership? Either way, other markets will help to carry it over the 17 million line.

“We underestimated Latin America last time due to the historic payment problems that Netflix encountered (low credit card ownership; little electronic banking; low broadband penetration etc),” adds the report. “Netflix has introduced simpler payment methods (such as prepaid cards) which has boosted take up. However, economic slowdown is expected in the region, especially in Argentina and Venezuela, which could hit Netflix take-up.”

With a launch also planned in Australia and New Zealand next March, Netflix just keeps on growing. That its next expansion is scheduled just after the premiere of House of Cards Season 3 is no coincidence. 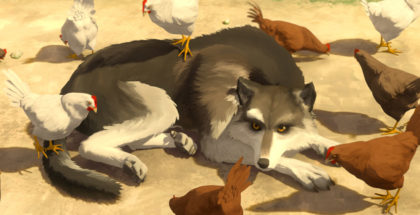