Netflix UK TV review: American Murder: The Family Next Door | VODzilla.co | Where to watch online in UK | How to stream

Netflix's unsettling documentary about the Watts family murders is a first-hand look at the banality of evil.

On Tuesdays, our resident true crime obsessive gets their fix with a documentary film or series. We call it True Crime Tuesdays.

In November 2018, Chris Watts pleaded guilty to the murder of his pregnant wife Shan’ann and their two young daughters, four-year-old Bella and three-year-old Celeste. They had gone missing on 13th August 2018, their absence very quickly picked up by worried friends and colleagues. In the days immediately after their disappearance, Watts played the part of loving husband – a part, it turned out, he’d been playing with aplomb for almost a decade – giving TV interviews begging them to come back. Yet two days after they went vanished, he had confessed to their murders.

The case has already inspired a Lifetime movie, Chris Watts: Confessions of a Killer. This disturbing documentary, directed by Jenny Popplewell, eschews the usual true crime tropes of talking heads and reenactments – it has no need for them. Popplewell instead turns to a plethora of family movies, online posts, texts, and police body-cam footage, which is expertly edited together to form a cohesive real-time document of the murders, and of the family life that preceded them. It’s an effective – and highly original – way of telling the story. The immediacy of the form is used to chilling effect, putting the viewer pretty much at the scene of the crime.

The film begins with the last footage of Shan’ann alive, as she returns to her family home after a weekend away at a work function. Texts fill the screen, as the friend who dropped her off tries to get in touch. Receiving no response, the police are called to the Watts’ home, and body-cam footage records Chris pacing around, professing concern, mere hours after he’d dumped the bodies of his wife and children at a works site. A neighbour shows police his CCTV video of Watt’s car backing up to his house the night before, and tells the officer that Watts is acting strangely.

From there, the chronology jumps back to paint a picture of the Watts’ marriage, aided by Shan’ann’s Facebook posts and videos she’d made of Chris dressing up as Santa, or spending time with the kids. The children are frequently filmed – Bella is seen singing a song about her dad being her hero, while Celeste runs happily about, talking about how much she loves school.

All this is intercut with the days following their disappearance, as Chris is interviewed by TV reporters and, soon enough, by the police. Text messages from Shan’ann to a friend reveal that Shan’ann was suspicious Chris was having an affair in the last few months of her life; we cut to his girlfriend being interviewed at the station. It all leads up to Chris’ polygraph test and his fascinating yet disquieting interrogation, which culminated in his confession, first to his father and then to detectives. Trying initially to blame the children’s murder on Shan’ann, there is finally an audio recording of him describing the murders and the disposal of his family’s bodies.

While it’s human nature to look for a motive for such a heinous crime, it quickly becomes apparent that there’s no other explanation beyond the obvious – that while Watts was wearing his “human suit” during his eight year marriage, underneath there was a black hole of nothingness. He was a facsimile of a human being. The unfathomable is still unfathomable. And, although there’s probably not much to be learned by the film – other than the fact that psychopaths exist and are hiding in plain sight – it’s horribly effective in its portrayal of family annihilation. Dispensing of any authorial comment, the viewer is left with a first-hand look at the banality of evil.

American Murder: The Family Next Door is available on Netflix UK, as part of an £8.99 monthly subscription.

The Simpsons Season 31 heads to Disney+ this November 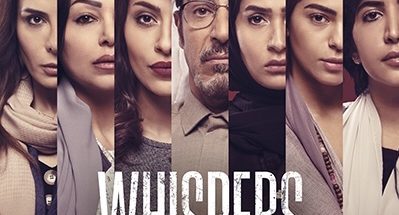