What's coming soon to Netflix UK in March 2016? | Where to watch online in UK | How to stream legally | When it is available on digital | VODzilla.co 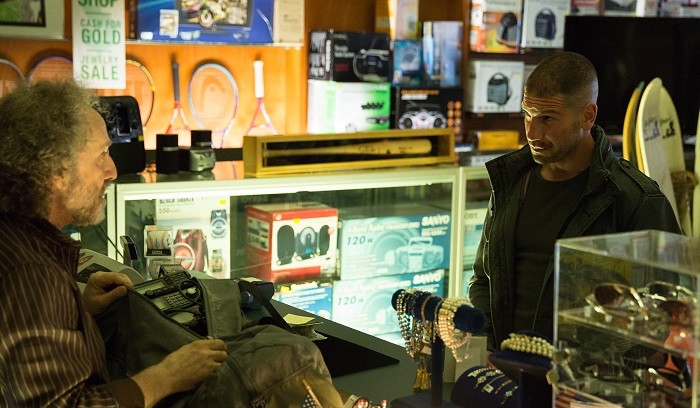 March is the month that Netflix subscribers have all been waiting for: the month when Daredevil finally returns for a second season, pitting Hell’s Kitchen’s top lawyer against a far more violent kind of justice-seeker. Add a fourth season of the streaming giant’s political powerhouse and you’ve got a month where your social calendar has never seemed less important.

But if Will Arnett’s Flaked, a new sketch series and Jimmy Carrs’ stand-up special are keeping the adults busy, March is also a month that sees Netflix doubling down on its kids’ content, with a host of animated shows returning for new seasons. Whether you’re super-excited for The Punisher or Mr. Peabody, you better stock up on supplies – because you may not be leaving the house for some time.

Twin Peaks meets Smallville, this prequel series exploring the younger years of Alfred Hitchcok’s eponymous Psycho, A&E’s Norman Bates drama has already been renewed for a fourth and fifth season. Check in and start catching up while you can.

Matt LeBlanc won a Golden Globe in 2012 for playing himself in the BBC’s transatlantic sitcom. Season 3 sees his send-up of himself become more nuanced and even funnier, with a stellar supporting cast all developing their characters – not to mention Tamsin Greig and Stephen Mangan as the frustrated British writers stuck with him starring in their TV series.

The Return of the Pink Panther – 1st March

Peter Sellers returns once more as the bumbling detective in this hilarious, slapstick-filled sequel.

This film, released globally on VOD on the same day, tells the story of Antonio Barrera, holder of the dubious title of ‘most gored bullfighter in modern history’.

“I saw a future.” “We had a future.” Frank and Claire continue their pursuit for power in the fourth run of Netflix’s political drama, as the Underwoods battle everyone in their way – including each other.

LEGO Bionicle: The Journey to One: Season 1 – 4th March

Based on the popular LEGO Bionicle franchise and line of action figures, this new, four-episode series takes place on the mythical island of Okoto, where the forces of darkness are on the move and the evil Makuta is working to cast the world into darkness. The desperate island inhabitants enlist six heroes – called the Toa – to help save their beloved island.


After Arrested Development and BoJack Horseman, Will Arnett returns to Netflix with a new comedy series, co-created with Mark Chappell. Set in Venice, California, it follows a self-appointed guru who falls in love with the object of his best friend’s fascination, something that causes his public persona to unravel. AD’s Mitch Hurwitz is an Executive Producer.

This Netlix original animated series is based on Saban’s line of toys first introduced in 1985 – when they also inspired a popular Saturday morning television show. The new show re-imagines the nostalgic adorable species of brightly colored creatures, which transform from fluffy balls to furry friends and back again.

Is there a better word in the history of palaeontology and mechanised construction work than “Dinotrux”? Netflix thinks not, because its bringing its co-production with DreamWorks Animation back for a second season of dinosaur-truck hybrids and important lessons about teamwork.

One of Marvel’s best to date, the sequel to Captain American takes Steve Rogers’ biggest flaw – his unwavering nobility and honesty – and contrasts it with a modern world of espionage and double-crosses. The result is more 70s political thriller than superhero movie and all the better for it.

With The Ridiculous 6 proving to be Netflix’s most-watched film to date, the site continues to build its Adam Sandler collection with this animated outing.

The second run of Netflix’s original Marvel series sees Charlie Cox’s blind lawyer, Matt Murdock, face a new threat on the block: Frank Castle. A man looking for vengeance, Castle (Jon Bernthal) is reborn as The Punisher, a vigilante who takes justice into his own hands. Matt, meanmwhile, must balance his duty to his community as a lawyer and his dangerous life as the Devil of Hell’s Kitchen, facing a life-altering choice that forces him to truly understand what it means to be a hero.

Paul Reubens will reprise his iconic role of Pee-wee Herman for Netflix’s latest original film, which follows Herman as he is inspired to take his first ever holiday after a “fateful meeting with a mysterious stranger”. Reubens teamed up with Judd Apatow to bring the project to fruition, producing the film from a script by Reubens and Paul Rust (Comedy Bang! Bang!, Arrested Development).

The latest Netflix documentary, exec-produced by David Lynch, follows the story of Lotje’s Sodderland’s rehabilitation and recovery after a stroke. The movie captures the strange new world she inhabits, teeming with color and sound.

The second season of Netflix’s TV reboot of the movie, which sees the familiar pair host a late-night comedy show in front of a studio audience – an idea inspired by the original shorts that featured Sherman and Mr. Peabody in Jay Ward’s Rocky and Bullwinkle Show.

Missed the show on E4 in the UK? Here’s your chance to catch up.

A boy who has a bad Christmas accidentally summons a demon to his family home in this festive comedy. Released on DVD in April 2015, it joins a number of titles on Netflix UK that have landed ahead of their disc release, including Draft Day.

A Christian animated series featuring a range of anthropomorphic vegetables acting out Bible stories? It sounds cringe-worthy, but the scarily catchy songs and unfettered silliness make this cartoon surprisingly enjoyable stuff. Or at least, it did 10 years ago. Netflix’s reboot gives the whole thing a shiny update.

Andrew Haigh’s drama about an elderly couple – Tom Courtenay and Charlotte Rampling – plays out more like a horror story than a romance, as husband Geoff receives a letter out o the blue informing him that the body of a former girlfriend has been found, after falling off a mountain in The Alps 50 years ago. The powerful movie earned its leading lady a deserved Oscar nomination.

Robert Carlyle makes his directorial debut with The Legend of Barney Thomson, a title that fits the dark comedy of juxtapositions like batter deep-fried around a Mars Bar.

From the company that brought you Hobo with a Shotgun, Turbo Kid is an action/sci-fi/comedy set in the post-apocalyptic future… of 1997. Munro Chambers stars as The Kid, who is scavenging for relics when he befriends a mysterious girl (Laurence Leboeuf). After she is kidnapped by Zeus (Michael Ironside), the tyrannical leader of the Wasteland who murdered his parents, The Kid must face his ultimate destiny: to rid the Wasteland of evil.

Other new releases coming soon to Netflix UK in March 2016:

5th March
Hell and Back

6th March
The Falcon and the Snowman

12th March
Beyond the Reach

23rd March
Caribbean Action
My Favorite Spy
The Mountain
The Dish
Shadowhunters: Episode 11
Once Upon a Time: Season 5, Episode 14

30th March
Shadowhunters: Episode 12
Once Upon a Time: Season 5, Episode 15 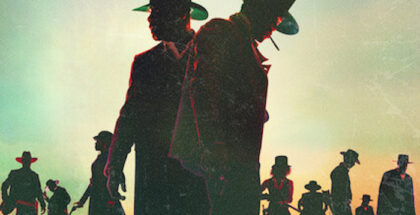 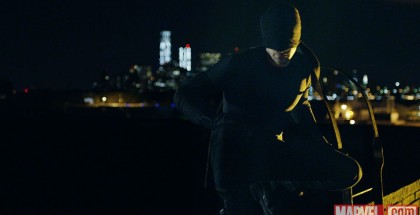 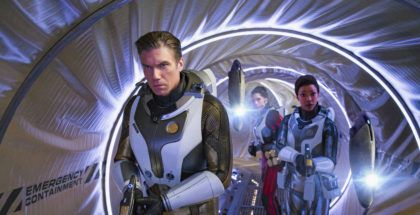