Nicolas Winding Refn's free cult streaming service byNWR launches | Where to watch online in UK | How to stream legally | When it is available on digital | VODzilla.co

Born from the Drive director’s passion for the unusual and forgotten, the site is described by the filmmaker as an “unadulterated cultural expressway”, which combines restored films with a wealth of new material, including articles, biographies, essays, original music, video and photography – all of which are available for free.

This ever-expanding world of original creative content is curated by a special guest editor specifically chosen by Refn, with the whole platform split into quarterly volumes. Each one is then divided into three monthly chapters, each one featuring an old gem, which is then used to inspire a collection of related art and creativity around it.

Volume I is live now at www.bynwr.com, guest edited by acclaimed biographer and journalist Jimmy McDonough. Called Regional Renegades, it highlights the 1965 Bert Williams epic The Nest of the Cuckoo Birds, a previously lost low-budget gothic melodrama from the Florida Everglades.

“The bizarre slice of American exploitation offers a cinematic experience you’ve never had before,” we wrote in our review.

“Dear Friends of byNWR,” writes McDonough. “Our first volume arrives today. Three movies: Nest of the Cuckoo Birds, Hot Thrills and Warm Chills, and Shanty Tramp. For inspiration, I followed their lead… off a cliff.”

“Some of these stories I have waited years to tell, like that of Texas honky-tonk singer Frankie Miller. And some came unexpectedly along the way, such as the indescribable Keiley Mynk,” he continues. “Frankie and Keiley – along with Beverly Oliver Massegee, Rita Alexander, Margaret Dollrod, and the many others you’ll meet – comprise a group of trailblazing outsiders that I like call the byNWR Superstars. I love these people. They’ve led incredible lives, the details of which they have shared in a pure and unguarded way. It’s very moving to me, and I hope you like them.”

byNWR will reveal guest editors for upcoming volumes in the near future and will be expanding into other markets, with the French edition to be unveiled in 2019.

For our own interpretations and reflections upon byNWR’s collection, see our reviews of the platform’s films here – and watch this space for more on the streaming service as it grows and evolves. 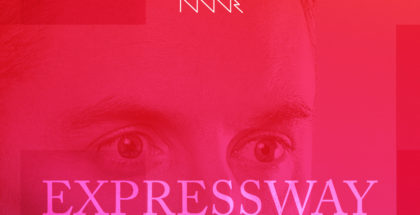