Netflix responds to Spielberg Oscar criticism | VODzilla.co | Where to watch online in UK

Netflix has responded indirectly to Steven Spielberg’s reported campaign to stop Netflix being a contender at the Oscars in the future.

The Academy Awards this year were a milestone in movie history, with Netflix winning three statues, including Best Foreign Language Film, Best Director and Best Cinematography – the highest number ever won by a streaming service. All of those, of course, went to Alfonso Cuaron’s Roma, which was also the first VOD movie to be nominated for Best Picture at the Oscars.

Now, that success has ruffled feathers in Hollywood, with Spielberg himself stepping up a push to exclude Netflix from being considered for Oscars in the future. The Jaws director has previously said in interviews that he views Netflix’s movies as TV movies, suitable for the Emmys rather than the Academy Awards. With the Academy Governors Board meeting next month, Spielberg is reportedly planning to speak in favour of changing rules to block Netflix in future years.

“Steven feels strongly about the difference between the streaming and theatrical situation,” an Amblin spokesperson told IndieWire. “He’ll be happy if the others will join [his campaign] when that comes up [at the Academy Board of Governors meeting]. He will see what happens.”

Criticism that have been doing the rounds among traditionalists in the movie industry include the fact that Netflix doesn’t respect the exclusive theatrical window before releasing online, that Netflix doesn’t report its box office figures and that Roma only spent three weeks as a cinema exclusive. Changing rules, though, will not be an easy step: ever since 2012, the Academy has not mandated an exclusive cinema window, while films each year qualify for the Oscars with only one week of exclusive theatrical release.

We love cinema. Here are some things we also love:

-Access for people who can't always afford, or live in towns without, theaters
-Letting everyone, everywhere enjoy releases at the same time
-Giving filmmakers more ways to share art

These things are not mutually exclusive.

Ava DuVernay, whose film 13th was released by Netflix and has since made When They See Us for the streaming platform, also tweeted a statement:

“Dear @TheAcademy, This is a Board of Governors meeting. And regular branch members can’t be there. But I hope if this is true, that you’ll have filmmakers in the room or read statements from directors like me who feel differently. Thanks, Ava DuVernay.”

She added: “One of the things I value about Netflix is that it distributes black work far/wide. 190 countries will get WHEN THEY SEE US. Here’s a promo for South Africa. I’ve had just one film distributed wide internationally. Not SELMA. Not WRINKLE. It was 13TH. By Netflix. That matters.”

The Spielberg reaction follows the decision by Cineworld in the UK to withdraw its support for BAFTA, and a letter by Vue criticising the British Academy for allowing Netflix’s Roma to compete in the BAFTA awards.

Roma, meanwhile, continues to play at two Curzon cinemas in the UK. You can get tickets here – or read our five-star review here.

The March 2019 Watchlist: 26 UK TV highlights for this month 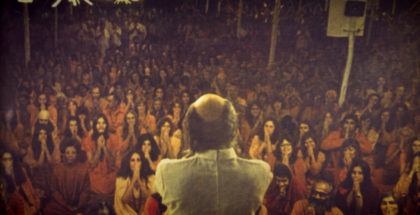