Netflix orders two new original series from India | VODzilla.co | Where to watch online in UK | How to stream

The first is Selection Day, a story of cricket and corruption that’s based on Booker Prize winning author Aravind Adiga’s novel of the same name.

This coming of age tale follows Manjunath Kumar, 14, who knows he is good at cricket – if not as good as his elder brother Radha. He knows that he fears and resents his domineering and cricket-obsessed father, admires his brilliantly talented sibling and is fascinated by the world of CSI and by curious and interesting scientific facts. But there are many things about himself and about the world that he doesn’t know. When Manju begins to get to know Radha’s great rival, a boy as privileged and confident as Manju is not, everything in Manju’s world begins to change and he is faced with decisions that will change both his sense of self and of the world around him.

Selection Day will be produced in partnership with Seven Stories, the UK-based production company of Directors Sharon Maguire and Anand Tucker, and part of the ALL3Media group.

“When I first read Selection Day I was completely overwhelmed by the scale and ambition of Aravind’s vision – and moved to my core by its emotional power,” says Anand Tucker, CEO of Seven Stories. “We are delighted to be working with Netflix on what feels like a new chapter in the age of global storytelling, and we are bowled over by Erik and his team’s passion for this story.”

The second is Again, a supernatural, female-led detective series set in New Delhi and written by Marisha Mukerjee (Quantico).

Set in the busy and colourful city of New Delhi, Again tells the story of a female homicide detective who must put her career and life on the line when a recent murder connects to closed cases from her past, proving she has a serial killer on her hands. As she seeks justice, the answers she uncovers along the way not only affect her life, but also challenge the faith, beliefs, and relationships of everyone surrounding her.

“When it comes to telling groundbreaking evocative stories, I cannot think of a better partner than Netflix to bring this show to India and to audiences across the globe,” says Marisha Mukerjee. “Again not only speaks to my own duality and cultural heritage, but also to the universal grey that exists between life and death, where religion intersects justice.”

“We are excited to be expanding our slate of originals in India. These projects have specifically local subjects, but will be great for our global audience, and are supported by world class talent,” comments Erik Barmack, vice president of international original series at Netflix.

Netflix and Chill: Why you need to catch up with Riverdale 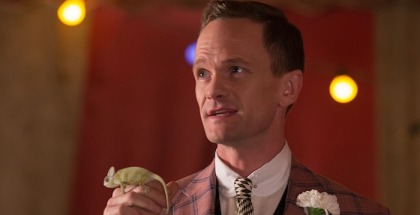 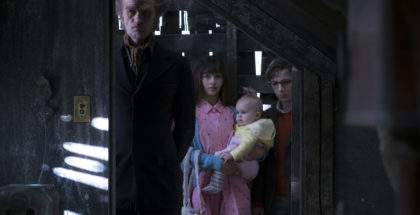