Netflix knows when you get hooked on a show | VODzilla.co | Where to watch online in UK | How to stream

Netflix knows when you get hooked on a show

The itching sensation to turn on your telly. The difficulty with focusing at work. The uncontrollable sweats. Ok, maybe not the last one, but whatever the symptoms, you can tell when you’re hooked on a TV show – and not just because you haven’t left your flat in a week.

The scary thing? Netflix knows when you’ve been hooked too.

The streaming giant, which loves nothing more than to crunch numbers about its subscribers, has tracked down the moment where people get addicted. Comparing the inaugural seasons of some of the site’s ’most popular shows – both Netflix originals and those from other networks – the VOD service tracked down the crucial episode that, once watched, saw 70 per cent of viewers go on to complete the season.

The data highlights just how different viewing habits are on subscription streaming sites away from linear TV, without ads or pilots to govern behaviour.

“Given the precious nature of primetime slots on traditional TV, a series pilot is arguably the most important point in the life of the show,” says Ted Sarandos, Chief Content Officer for Netflix. “However, in our research of more than 20 shows across 16 markets, we found that no one was ever hooked on the pilot. This gives us confidence that giving our members all episodes at once is more aligned with how fans are made.”

Examples given by Netflix include the decrepit heap of a former drug dealer raining down from Jesse’s ceiling in Episode 2 of Breaking Bad, which left viewers addicted enough to finish the end of the season. In Orange Is the New Black, it was Episode 3, which sees Crazy Eyes throw a pie to defend Piper’s honour, that had members asking for seconds. For Dexter, it was the lead’s trip down memory lane reliving his inaugural kill that was the real tipping point – again, in Episode 3.

While around the world the hooked episode for each TV show was relatively consistent, slight geographic differences did present themselves. The Dutch reportedly tend to fall in love with series the fastest, getting hooked one episode ahead of most countries, irrespective of the show. Germans showed early fandom for Arrow, whereas France fell first for How I Met Your Mother. In Better Call Saul, Jimmy McGill won Brazilians over one episode quicker than Mexicans. And Down Under, viewers proved to hold out longer across the board, with members in Australia and New Zealand getting hooked one to two episodes later than the rest of the world on almost every show.

“In Episode 4, we see Grace and Frankie having no choice but to confront their fear, anger and uncertainty head on, which to me as a creator was a nice turning point to shift the narrative to focus on the future instead of the past; it is nice to know viewers were there right along with us.”

Paul Thomas Anderson’s Junun to be released exclusively on MUBI 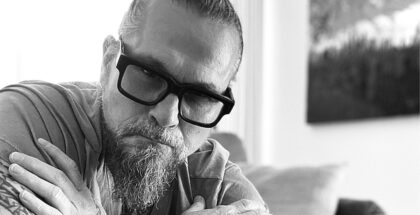