Update: Netflix has confirmed that its Nina Simone documentary will premiere in June 2015.

Netflix is feelin’ good about a new Nina Simone documentary by Liz Garbus.

What Happened, Miss Simone?, directed by the Oscar-nominated helmet of Bobby Fischer Against the World, will be produced by Netflix and RadicalMedia, ready for a release in 2015.

It’s the latest in a growing line-up of non-fiction filmmaking backed by the streaming service, as the Netflix Documentary brand continues to build. The titles chosen by Netflix have often done well at awards ceremonies, but have also helped to highlight important subjects, from The Square’s portrayal of the Egyptian Revolution in 2011 (nominated for an Oscar) and, most recently, Virunga’s account of park rangers fighting to protect endangered wildlife in the Congo during unrest (nominated for a BIFA).

Liz Garbus is no stranger to acclaim herself. A leading US documentary filmmaker, she is also cofounder of Moxie Firecracker Films, under which she has produced over 15 films. Recent works include Love, Marilyn; the Emmy–nominated Bobby Fischer Against the World; Theres Something Wrong with Aunt Diane and Girlhood. Her first film, The Farm: Angola, USA, won the Grand Jury Prize at the Sundance Film Festival, was nominated for an Oscar, and won two Primetime Emmy Awards.

“Liz Garbus paints a brave and provocative picture of Nina Simone – artist, civil rights activist and heroine – in a film that we’ve loved from day one and are proud to bring to our viewers around the world.” says Lisa Nishimura, Netflix VP of Original Documentary Programming.

The film uses never-before-heard audio tapes, recorded over the course of three decades, of Nina telling her life story to various interviewers and would-be biographers. From over 100 hours of these recordings, What Happened, Miss Simone? weaves together Ninas narrative, told largely in her own words. Rare concert footage and archival interviews, along with diaries, letters, interviews with Ninas daughter, Lisa Simone Kelly, friends and collaborators, along with other exclusive materials, make this the most authentic, personal, and unflinching telling yet of the extraordinary life of one of the 20th Century’s greatest recording artists.

“I’m thrilled that Netflix has embraced the incredible story of Nina Simone and partnered with RadicalMedia on this film,” comments director Liz Garbus.

“For each of her millions of fans, Nina feels like a treasured secret. With What Happened, Miss Simone?, I’m excited to help bring her passion, her music, and her story to the world.”

“Throughout her life, Nina used her powerful voice to entertain, effect change and inspire anyone whos ever listened to one of her songs,” agrees Justin Wilkes, President of Media + Entertainment at RadicalMedia and a producer of the film.

“Its only fitting that Nina will once again use her voice to enchant a new generation of fans by taking center stage in the telling of her own story.”

The film will premiere on Netflix on Friday 26th June.

VOD film review: The Kingdom of Dreams and Madness 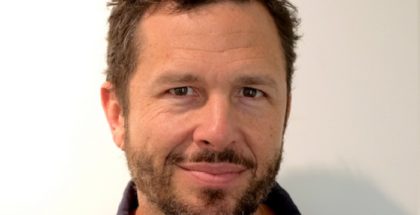 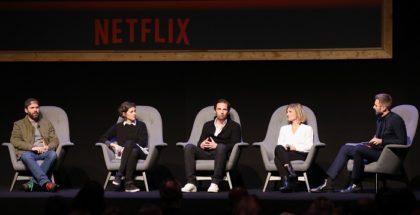