Trailer: Netflix to debut Halle Berry's Bruised this November | Where to watch online in UK | How to stream legally | When it is available on digital | VODzilla.co

Netflix is getting in the ring with Halle Berry this November for her directorial debut Bruised.

This Thanksgiving, Academy Award ® winning actress Halle Berry directs and stars in a triumphant sports drama about a fighter who reclaims her power, in and out of the ring, when everyone has counted her out.

The film stars Berry as Jackie Justice, a mixed martial arts fighter who leaves the sport in disgrace. Down on her luck and simmering with rage and regret years after her last fight, she’s coaxed into a brutal underground fight by her manager and boyfriend Desi (Adan Canto) and grabs the attention of a fight league promoter (Shamier Anderson) who promises Jackie a life back in the octagon. But the road to redemption becomes unexpectedly personal when Manny (Danny Boyd, Jr) — the son she gave up as an infant — shows up at her doorstep.

The film also stars Adriane Lenox, Sheila Atim, Valentina Shevchenko, and Stephen McKinley Henderson, with a script by Michelle Rosenfarn. The film screened as a work-in-progress at the Toronto International Film Festival in 2020, where Netflix was quick to nab the rights to the project. It will be released in cinemas and worldwide online on 24th November.

Bruised is available on Netflix UK, as part of an £9.99 monthly subscription.

Netflix is circling Halle Berry’s Bruised looking to land a global deal for the sports drama.

Berry’s directorial debut follows a former MMA fighter struggling to regain custody of her son and restart her athletic career. Jackie “Justice” (Berry) has been working multiple jobs and barely scraping by ever since losing an important match years ago. When her boyfriend, Desi (Adan Canto), manages to trick her into going to an underground fight, her passion for the sport is reignited.

As Jackie prepares to go back to “the only thing she is good at”, the son she once abandoned is dropped off at her doorstep. Confronted by her past choices and traumas, Jackie will have to fight to reclaim the two most meaningful things she has walked away from: six-year-old Manny and an MMA title.

Written by Michelle Rosenfarn, the film screened this week as a work-in-progress at the Toronto International Film Festival.

Where can I watch Succession online in the UK legally? 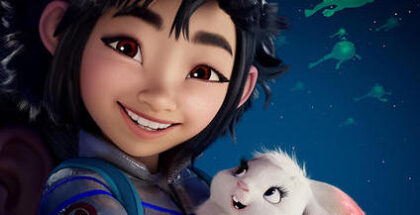