The actor, who recently wrapped a run as Reverse Flash on DC’s Legends of Tomorrow and The Flash, will be a regular cast member for the narcotics drama. He joins the recently announced Michael Peña and Diego Luna, who will lead the new season, alongside Pedro Pascal as DEA agent Javier Peña.

Deadlinereports that Letscher will play a member of a new team of DEA agents and Colombian police.

Michael Peña and Diego Luna to star in Narcos Season 4

Netflix’s drug-trafficking drama was renewed for Season 4 earlier this year, and while the show is moving far beyond its early heyday of Pablo Escobar, the streaming giant isn’t having trouble filling the gap left behind.

Peña has distinguished himself in Hollywood as an actor with remarkable versatility, appearing in everything from Crash and Ant Man to American Hustle. Luna, meanwhile, was introduced to worldwide audiences with his starring role in the award-winning Y Tu Mama Tambien, alongside Gael Garcia Bernal, and recently starred in Rogue One: A Star Wars Story. The casting decision marks a reunion for the duo, after Peña starred in Luna’s English language directing debut Cesar Chavez in 2014.

Narcos is produced by Gaumont Television for Netflix, with José Padilha executive producing, alongside Eric Newman, Doug Miro and Carlo Bernard. Production recently began on the new season in Mexico City, Mexico, where it will be set. Season 4 is slated to premiere on Netflix worldwide in 2018.

2018 EE Rising Star Award: Get to know this year’s nominees

The Netflix TV diet: Comedy for breakfast and thrillers for dinner... May 24, 2017 | Staff Reporter 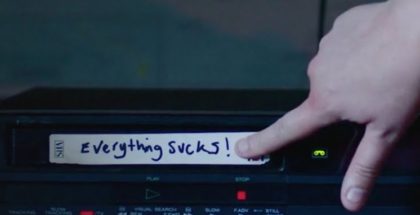