Machinima videos disappear from YouTube | Where to watch online in UK | How to stream legally | When it is available on digital | VODzilla.co

Almost all of Machinima’s videos have disappeared from YouTube in the last fortnight.

The channel, which is one of YouTube’s most popular, boasts 12.39 million subscribers, a gargantuan audience built up since it launched back in 2006. But fans were caught by surprise when its vast swathes of content, including animated series BFFs, Super Best Friends Play and video game impersonation series Walkenthrough, were removed en masse and apparently deleted for good.

The removal of videos, which are official productions by Machinima – as opposed to uploads from creators under its multi-channel network – follows the acquisition of Machinima by Fullscreen Media this month (Machinima was previously acquired by Warner Bros. back in 2016).

Creators and staffers at Machinima were informed of the transition from Machinima to Fullscreen in a letter posted to Twitter, which announced that “Fullscreen will be welcoming employees from the Machinima Creator team who have helped build that company into what it is today” and that it was “going to great lengths ‘behind the scenes’ to ensure a smooth and efficient transition”.

Otter Media is the parent company of the Fullscreen network, with Tubefilter reporting that in December, Otter laid off 10 per cent of its staff as part of this overall reorgaisation. It’s just another example of the streamlining that’s happening across AT&T (which owns Otter Media), after it acquired Time Warner last year and, as with its closure of FilmStruck, looks to strip down and bring together its digital properties.

A Fullscreen representative told The Verge that “both Fullscreen and Otter Media [Fullscreen’s parent company] have a lot of great stuff coming down the pipeline over the next few months”, but not comment on the Machinima channel or its videos.

A representative for Otter Media also told The Verge it was “focused on creating new content with the Machinima team, which will be distributed on new channels to be announced in the coming months”.

“In the meantime the Machinima network of creator channels continues to showcase the talents of the network,” added the spokesperson. “As part of this focus on new content, we have pivoted from distributing content on a handful of legacy operated channels.”

The transition, however it continues to unfold, marks a turning of the tide in YouTube’s overall landscape for creators, as multi-channel networks, once an essential way for creators to get an audience and earn money, give way to individual channels, which are now easier to generate revenue from separately. 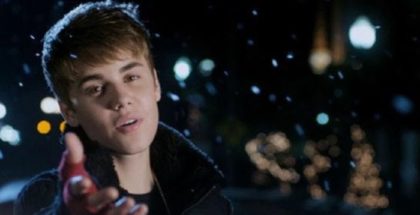