Hannibal Buress documentary lands on Netflix this Friday | Where to watch online in UK | How to stream legally | VODzilla.co

Netflix has announced a new comedy documentary for release this week.

Hannibal Takes Edinburgh, a feature-length film following Hannibal Buress at the Edinburgh Festival Fringe, will be released globally on the VOD service on Friday 8th April.

Filmed over the course of 28 days in August 2013, it sees the up-and-coming stand-up comedian performing nightly to packed houses, blending extended moments from Buress’ observational humour with behind-the-scenes footage of him waxing philosophic on building his comedy routine, life on the road for a comedian and immersing himself in the Scottish culture.

Hannibal Takes Edinburgh is produced by Bird Gang Bang Birds and Apatow Productions. Hannibal Buress and Judd Apatow are the executive producers. The film is directed by Ryan Ferguson.

The film’s release arrives after Buress’ sold-out national tour in the US, his own TV series, and a successful run on Broad City, as well as a Netflix stand-up special – Comedy Camisado – that was released in February.

Here’s a trailer for that stand-up special, to give you a taste of what’s in store: 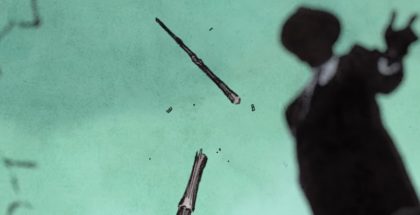