Halo: Nightfall hits VOD on 17th March | Where to watch online in UK | How to stream legally | When it is available on digital | VODzilla.co

Halo: Nightfall will be released on VOD on Tuesday 17th March.

The live-action series, which is produced by Ridley Scott’s Scott Free Productions and directed by Sergio Mimica-Gezzan, began life as part of Microsoft’s drive to produce original content. The company called game over on those plans when it closed Xbox Entertainment Studios last year, but it’s not hard to see the value in the show for them: set between the events of Halo 4 and the forthcoming Halo 5: Guardians, it acts as both an exclusive TV series and a promotion for its next game.

The series introduces a “pivotal new character”, Jameson Locke, a legendary manhunter and agent with the Office of Naval Intelligence (ONI), Earth’s most powerful and secretive military branch. When he and his team are caught in a horrific biological attack, they unravel a plot that draws them to an ancient, hellish artifact, where they will be forced to fight for their survival, question everything, and ultimately choose between their loyalties and their lives.

Locke is played by Mike Colter, who is no stranger to the world of streaming videos: he has since been cast as Luke Cage in Marvel’s upcoming Netflix series, A.K.A. Jessica Jones.

The episodes originally premiered on Xbox’s Halo channel, an app for the console and Windows 8.1. Now, they will be edited into a feature-length outing for general release on VOD platforms, as well as on disc, next month.

You can watch the trailer for Halo: Nightfall above. 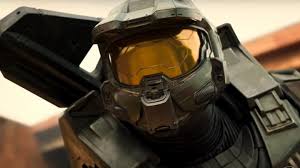