Channel 4 renews Aisling Bea's This Way Up for Season 2 | VODzilla.co | Where to watch online in UK | How to stream

Channel 4 has renewed This Way Up for a second season.

Aisling Bea’s Merman-produced comedy co-starring Sharon Horgan saw the comedian play Aine, a whip smart English-as-a-foreign language (TEFL) teacher trying to pull her life back together after a “teeny little nervous breakdown”. Her sister, Shona (Horgan), worries not only about her younger sibling, but also about her own life choices. The TEFL school where Aine teaches, meanwhile, brings together a room full of characters also trying to find their own hope, direction and happiness in this messy world.

Bea took home the Breakthrough Talent BAFTA Craft award for writing Season 1 earlier this year. In Season 2, viewers can expect more bittersweet sister-related shenanigans, including ill-advised trips to infra-red saunas, and possibly another sung duet… to give the people what they want.

The sophomore run is set after the events of the Season 1 finale, with things in flux for Aine and her sister. Aine’s starting to leave her time in rehab behind and live less cautiously, which may not be entirely wise. Will she and Richard (Tobias Menzies) make a cheeky go of it? Or continue to exist in the odd tension of the employer-employee dynamic? Or is emotional risk the “sexy bit”?

Despite the sisters’ numerous ups and downs, This Way Up centres on the unshakable bond between Aine and Shona.

Bea said: “I am over the moon that our little baby This Way Up gets to grow up and start school. Thanks to its grandparents Channel 4 and Hulu for paying its school fees and to my wonderful team, crew and cast for helping bring it to life the first-time round. I was so overwhelmed by the love and support for the show. The themes of loneliness and vulnerability seemed to connect in a far more widespread way than I had anticipated, and it feels particularly relevant writing Season 2 during the last few months.”

“I hope you love seeing where Aine and Shona have moved on to,” she added. “In the meantime, thank you to everyone who has offered myself and Sharon large record deals since hearing us sing Zombie and please wear a mask literally, but drop your metaphorical one.”

Jack Bayles, Commissioning Editor for Channel 4 Comedy, added: “In This Way Up Aisling and the team have created something both beautifully observed and infectiously funny. It was a glorious first outing packed with skilful writing and outstanding performances. Like all fans of the show, we can’t wait to dive back in!”

The six-episode Season 2 will again be directed by Alex Winckler and produced by Gavin O’Grady. Executive Producers are Clelia Mountford, Sharon Horgan and Aisling Bea. The series will air in the US on Hulu.

Aisling Bea will write and star in This Way Up, a new comedy for Channel 4.

Previously known as Happy AF, the series is a co-production with Hulu, and sees the comedian play Aine, a whip smart English-as-a-foreign language (TEFL) teacher trying to pull her life back together after a “teeny little nervous breakdown”. Her sister, Shona, played by Sharon Horgan (Catastrophe, Pulling), worries, not only about her younger sibling, but also about her own life choices. The TEFL school where Aine teaches, meanwhile, brings together a room full of characters also trying to find their own hope, direction and happiness in this messy world.

Joining Bea and Horgan are Aasif Mandvi (The Daily Show, Halal in the Family) in the role of Shona’s boyfriend, Vish, Tobias Menzies (The Crown, Outlander, Game Of Thrones) as Richard, father to one of Aine’s students, and Indira Varma (Patrick Melrose, Luther, Game of Thrones) as Shona’s colleague and confidante, Charlotte.

“After years of scripts and projects that never made it to air, this show is a bit of a dream come true, so I really bloody hope you like it,” says Bea. “Sharon and I first played sisters in a TV show that got cancelled about eight years ago and we have gone on many drunken nights out across the world together since to stay in character for this project.

This Way Up has been commissioned for Channel 4 by Head of Comedy Fiona McDermott and Commissioning Editor for Channel 4 Comedy, Jack Bayles. The series will be produced by Merman. Executive Producers are Clelia Mountford (Motherland, Bliss), Sharon Horgan and Aisling Bea. The series is directed by Alex Winckler (My Mad Fat Diary, The Good Karma Hospital), and produced by Gavin O’Grady.

“Channel 4 have supported and backed me in many ways for years now, so I am over the moon to have my little baby live with them and to have it go visit its step-mother Hulu in America too.”

Fiona McDermott, Head of Comedy at Channel 4, adds: “Already an established stand up and actor, Aisling has delivered the most fantastically funny yet tender, poignant and surprising show in This Way Up and, with Sharon Horgan playing her sister, we get two of the funniest people on the planet putting their own glorious spin on the sibling thing. We love it.”

BBC iPlayer available on PS4 but not Xbox One from launch... November 29, 2013 | Staff Reporter 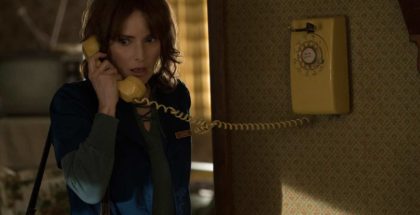