Fear the Walking Dead to premiere in UK on BT TV's exclusive AMC channel | Where to watch online in UK | How to stream legally | When it is available on digital | VODzilla.co

Fear the Walking Dead will premiere in the UK in September 2015 on AMC’s new UK channel.

Looking for up-to-date information on AMC on BT? See our guide to how to watch Fear the Walking Dead online in the UK.

The US cable network, which has brought us such shows as Breaking Bad and Mad Men, will launch its first UK channel exclusively through BT. AMC in the UK will broadcast both hit series as part of its library of archive programmes, but the channel’s big catch will be the Walking Dead spin-off series. The show, which is set in Los Angeles and follows a different group of characters set in the same universe, stars Sons of Anarchy’s Kim Dickens, Missing’s Cliff Curtis, Harry Potter’s Frank Dillane and Orange Is the New Black’s Elizabeth Rodriguez.

The deal with BT means that only BT TV customers will be able to watch the show during its first broadcast run. (The first season will span six one-hour episodes.)

This is the latest in a string of steps from the telecoms giant to compete with Sky’s hold over the UK’s pay TV market. Last month, BT signed a deal with HBO to offer Game of Thrones and other TV titles as “buy to keep” box sets. This month, BT announced its new BT Sports package, which will offer exclusive Champions League and Europa League matches (a deal that cost £900m for three years). 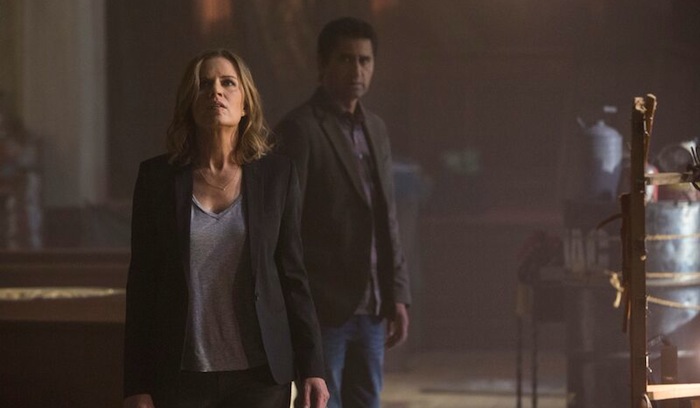 Now, BT TV is stepping up its drama game, in an effort to prove that Sky is not the only place to watch new US shows. Indeed, some fans might have expected Fear the Walking Dead to be released in the UK on The Walking Dead’s home, FOX, which is available through all major pay TV services, including Virgin Media, Sky, TalkTalk and BT TV, as well as VOD service NOW. Earlier this year, though, AMC revealed that it had retained international rights to the show.

At the time of writing, BT TV starts from £7.50 a month (plus £49 activation fee and £16.99 per month line rental), but to get premium TV channels (such as FOX – and, presumably, AMC), it costs £12.50 a month for 12 months (plus the above additional charges). BT TV’s platform is based around the YouView set top box, which boasts an interface that blends catch-up TV services and linear TV together, allowing users to access free VOD platforms, such as BBC iPlayer, UKTV Play, Demand 5, ITV Player and All 4.

Whereas Sky offers the cord-cutting NOW, though, which provides its premium content to stream at a contract-free monthly fee, BT TV is only available as part of a minimum 12-month contract. This means that Fear the Walking Dead will not be available to watch online through a stand-alone VOD platform until after its broadcast. (NOW is, however, available on YouView boxes as an app, alongside Netflix.)

AMC in the UK will also showcase other dramas from AMC Networks, in addition to films and series from other producers.

Ed Carroll, AMC Networks COO, comments: “AMC has become synonymous with bold, dramatic original programming of the highest quality. We’re excited to partner with BT to launch AMC for the first time in the UK. This agreement highlights the strong demand for our channels and will enable us to continue developing a far-reaching platform for AMC’s original programming.”

The network’s arrival in the UK means that AMC is now seen on subscription television platforms in over 125 countries around the world.

Here’s the new trailer for Fear the Walking Dead:

Giancarlo Esposito joins Netflix’s The Get Down