Duffer brothers and Amblin to adapt Stephen King's Talisman for Netflix | Where to watch online in UK | How to stream legally | When it is available on digital | VODzilla.co

The book, co-written with Peter Straub and first published in 2012, follows 12-year-old Jack, who spends his days alone in a deserted coastal town, his father gone, his mother dying. Then he meets a stranger – and embarks on a terrifying journey. For Jack must find the Talisman, the only thing that can save his mother. His quest takes him into the menacing Territories, a parallel world where violence, surprise and the titanic struggle between good and evil reach across a mythic landscape.

King has always held the screen rights, with a TV series previously in the works in TNT that never got picked up to series. Now, Netflix is having a go, with Curtis Gwinn (an EP on Stranger Things) set to serve as showrunner on the project. Amblin TV and Paramount TV will co-produce with the streamer, with Matt and Ross Duffer exec-producing via their Monkey Massacre Productions banner, alongside Spielberg, Darryl Frank and Justin Falvey for Amblin. King will also serve as an executive producer, while Amblin’s Todd Cohen will oversee the project.

It joins a growing number of Stephen King adaptations on Netflix, including Gerald’s Game, 1922, In the Tall Grass, and, already in the works, Mr Harrigan’s Phone.

BAFTAs 2021: Where you can watch the nominees online 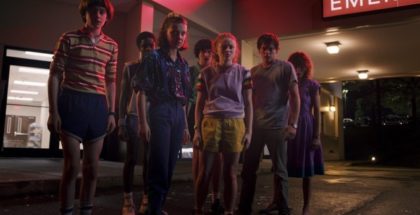