When Dredd hit cinemas back in 2012, it was the first 18 certificate to the top the UK box office in years. Despite strong fan support, though, the much-desired sequel has not (yet) materialised. Now, though, those followers will be rewarded with one more slice of the Dredd universe pie in the form of a new web series.

Producer Adi Shankar has told The Wrap that a spin-off series is on the way based on the Dark Judges. Shankar has been very vocal on the subject of the movie and its ardent audience – below is a video of him thanking fans for their support – and is as keen as they are to continue Dredd’s story in some form.

The producer has previously taken a similar approach to Punisher: Dirty Laundry, so the idea of a web series is far from alien to him. While he got Thomas Jane to return for the unofficial project, there is no word yet on whether Karl Urban and Olivia Thirlby might do the same.

In an age where David Fincher directs House of Cards for Netflix and Steven Soderbergh produces Red Oaks for Amazon, though, the notion of an online series is increasingly moving away from the perception of a teenager recording a diary in their bedroom – everyday people are the driving force of YouTube, but users are now being commissioned by movie studios to make new projects. Audience engagement, meanwhile, is far higher than traditional TV, as we learned at this year’s Raindance Web Fest, so a web series is a sound step for the Dredd spin-off. The mini-series will span seven episodes and – the biggest thank you of all to the loyal fans – will be released later this month for free. 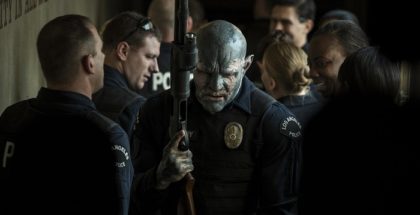