Trailer: David Chang returns to Netflix for Breakfast, Lunch & Dinner | Where to watch online in UK | How to stream legally | When it is available on digital | VODzilla.co

“I’m always a student of the culture, of the craft,” declares David Chang in the trailer for his new Netflix series.

That thirst for trying and learning new things is what made the James Beard Award-winning chef such an appealing present for the streaming giant’s Ugly Delicious. Now, Netflix is teaming up with him again – and doing so not just for one meal, but for Breakfast, Lunch & Dinner.

It follows Chang as he takes his insatiable curiosity about food, culture and identity on the road, with A-list stars along for the ride. He will travel around the world with Seth Rogen, Chrissy Teigen, Lena Waithe and Kate McKinnon as they dive into different cultures, eat new food and share new experiences.

The series premieres on Netflix on 23rd October. Here’s the trailer:

Breakfast, Lunch & Dinner is available on Netflix UK, as part of an £9.99 monthly subscription.

The streaming giant’s second documentary series with the James Beard Award-Winning chef and Academy Award-Winner Morgan Neville will build on their first series, Ugly Delicious, as the pair travel through different cities and uncover new and surprising things. Each episode will feature Chang accompanied by a different celebrity guest exploring a single city, its culture and its cuisine.

Chang says: “There’s something about traveling with someone that opens you up. Being away from all the craziness of daily life, you spend long days together in an unfamiliar place with nothing to do but wander the street, share meals, and talk. That’s what BLD is all about – learning more about ourselves, our friends, and the people we encounter out in the world. Plus, of course, the ridiculously delicious meals we share.”

Neville adds: “BLD is a chance to take everything I’ve loved about working on Ugly Delicious – big conversations, great food, world travel – and put it together in one large smorgasbord. It’s been great to take a moment to get deep while breaking bread.”

The series will launch globally this autumn. 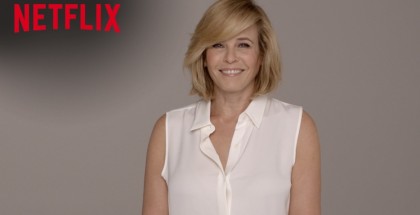