Channel 4 to replace 4oD with digital platform All 4 | VODzilla.co | Where to watch online in UK

Channel 4 to replace 4oD with digital platform All 4

Channel 4 is replacing 4Od with an all-in-one digital platform called All 4.

The new site, which was unveiled today by Chief Executive David Abraham in his keynote address to the IBC Conference in Amsterdam, will be a single destination that encompasses live TV channels, on-demand catch-up and previews of upcoming shows.

The site is set to launch in the first three months of 2015, integrating Channel 4’s linear channels with its digital titles and services into one new brand: All 4.

It’s a big step for the broadcaster, which has repeatedly positioned itself as a leading force in VOD – Abraham points out that the company launched the first ever TV catch-up service in the world.

All 4’s intuitive interface will be divided into three sections: On Demand (past), Now (present) and On Soon (future).

On Demand will house all of Channel 4’s catch up content, combined with related information on archive programmes, such as cast interviews and galleries.

Now will allow viewers to stream live broadcasts from all of Channel 4’s channels, as well as its other “of-the-moment” media, including social network feeds, news clips and interactive content.

On Soon will showcase new programme clips and promos, allowing viewers to set reminders and alerts for future shows to drive awareness of upcoming content – and watch a selection of exclusive episode premieres before their linear TV broadcast.

Abraham explains: “Having been a pioneer of VoD services in the UK, we think the future of TV viewing lies not with either linear or on-demand, but a creative and visual integration of the two worlds, blending the strengths of both into a single brand.”

That blend between VOD and traditional viewing is the direction that the industry as a whole is heading in. The BBC recently revamped iPlayer and its main site to bring its live streaming and on-demand video closer together, not to mention its plans to turn BBC Three into an online-only channel, while Sky has just upgraded its TV guide to a YouView-style interface that lists both catch-up and linear titles side by side. 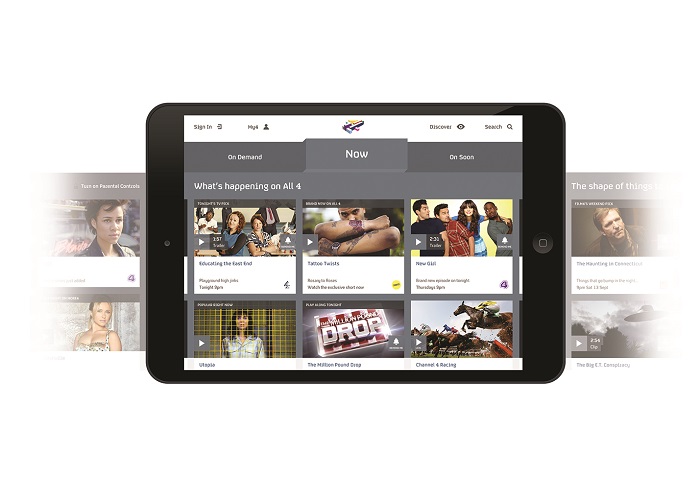 Channel 4 has also been expanding its range of original web content, launching a shorts programme earlier this year to present content from new talent on 4oD. These Shorts will become a more prominent part of what the broadcaster offers users with their own dedicated hub within All 4.

The move follows a string of removals and renewals of Channel 4 content on Netflix UK and Amazon Prime Instant Video, as the broadcaster decided what to do with its titles. While the company has also recently signed a major deal with Tesco’s blinkbox to offer shows on a pay-per-view download basis, Channel 4 has increasingly placed an emphasis on bringing people directly to its own site. Indeed, Channel 4’s total number of registered users now tops 11 million, with a staggering 50 per cemt of all UK viewers aged between 16 and 34 now holding a 4oD account.

This big data approach is a central part of Channel 4’s online strategy. For Channel 4’s registered viewers – all 11 million of them – the All 4 experience will be “increasingly personalised”. That means Netflix-style bespoke recommendations for content across the site, but also tailored advertising. Indeed, Channel 4’s audience insights has helped its digital revenues to triple in the last five years. When it comes to digital, Channel 4 is thinking big – but it’s earning big too.

That growth, driven by product and data innovation, is also feeding into its decision to commission future content too – content that will be even more showcased in their new On Soon section.

“We believe All 4 will deliver the most advanced broadcaster response to changing viewer behavior in the digital age, and will help ensure that our content portfolio remains an important, valued part of viewers’ TV consumption for decades to come,” adds Abraham.

All 4 will launch initially on PC and iOS devices and will roll out across other digital platforms throughout 2015.

Keith Underwood, Director of Strategy & Technology at Channel 4, says that the project marked a “significant change” for Channel 4, which will be “delivered iteratively over the next year”.

We’ll be keeping you updated every step of the way.

Listen Up Philip available to watch online on We Are Colony with 200mins of excl... November 20, 2015 | Staff Reporter 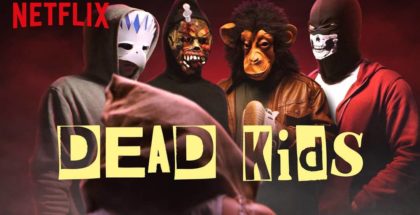