Daisy May Cooper, Clara Amfo, Jade Thirlwall, Johannes Radebe join Drag Race UK vs the World | Where to watch online in UK | How to stream legally | When it is available on digital | VODzilla.co

In a global first, the series will see RuPaul take Drag Race UK to the next level of competition as he opens up the battle to Drag Race queens from around the globe. Nine international members of RuPaul’s Drag Race Royal alumni will battle it out for the crown in what will be a flagship new title for BBC Three.

Indeed, the series will launch on 1st February, the date when BBC Three returns to a linear broadcast TV channel after several years of being an online-only channel.

Michelle Visage, Graham Norton and Alan Carr will, of course, be on hand with RuPaul to judge the contestants. Now, we know who will be joining them on the judging panel. See our guide to the queens competing here.

BBC Radio 1 and BBC Three presenter Clara Amfo says: “I am absolutely delighted to be a guest judge on RuPaul’s Drag Race UK Versus The World. I have loved Drag Race UK because it is so quintessentially British. From United Kingdolls, Kat Slater intros, iconic fish and chips lewks, Katie Price in Snatch Game. Nowhere else could it be but Drag Race UK. So I can’t wait to see more of these British queens and what the international queens will Ru-veal!”

Bridgerton heartthrob, and Laurence Oliver Award winner, Jonathan Bailey comments: “I’m so excited to be a guest judge on BBC Three’s RuPaul’s Drag Race UK Versus The World. I can’t wait to get started… I can already smell the talent, hairspray and a whole lotta side boob.”

Little Mix star and winner of the 2021 Gay Times Allyship Award, Jade Thirlwall adds: “I’m so happy to be back here with the Drag Race UK family. This series has got some mega-stars joining us. It is a real celebration of global drag – and I feel so much love from the community. I can’t wait for you to see it.”

Superstar Spice Girl and recording artist Melanie C says: “I’m so excited to be on RuPaul’s Drag Race UK Versus The World. It really is the Olympics of Drag. It’s a celebration of the uniqueness of British drag… and an opportunity to educate the nation!”

Award-winning actress Michelle Keegan says: “I’m so excited to be a guest judge on RuPaul’s Drag Race UK Versus The World! I love the show! It makes everyone smile… I think the world needs a bit of that right now, and this was honestly the most fun to film. I feel really honoured to be part of it!“

Strictly finalist and champion dancer Johannes Radebe will also be making an appearance, lending a hand with the queens for their choreography for a maxi-challenge. And pop culture icon Katie Price will be joining Michelle Visage to play the Snatch Game.

Johannes Radebe says: “For someone who has been a fan of RuPaul’s Drag Race since its inception in 2009, I was gooped and gagged to be a part of this! It’s definitely a career highlight for me. As IF anyone would miss the opportunity to be part of the fabulous evolution that is RuPaul’s Drag Race!”

The UK’s drag queens are taking on the rest of the world in new BBC Three series RuPaul’s Drag Race: UK Versus the World.

In a global first, the series will see RuPaul take Drag Race UK on to the next level of competition as he opens up the battle to Drag Race queens from around the globe. Nine international members of RuPaul’s Drag Race Royal alumni will battle it out for the crown in the brand new series.

With the UK as the host nation, for the first time in Drag Race Herstory, renowned queens from different franchises and cultures will compete in an international arena showcasing their country’s finest drag in their bid to become the ultimate Drag Race Superstar.

Michelle Visage, Graham Norton, Alan Carr and a sparkling array of superstar guest judges will join RuPaul to help him decide who will be named the first Global Drag Race Superstar.

Commissioned by Fiona Campbell, Controller BBC Three and Kate Phillips, Controller, BBC Entertainment, and produced by World of Wonder, the show will be the centre-piece of BBC Three’s return to linear TV, premiering on the channel’s launch night both on the airwaves and on BBC iPlayer.

It leads a trio of new commissions for the channel’s new home in 2022, including Santa Claus The Serial Killer, a 6-part series from award-winning journalist Mobeen Azhar, and Flight Club, a 10-part series commissioned with BBC Scotland and Screen Scotland following the young staff and crew of Loganair as they lift the lid on what a career in the clouds is all about.

Fiona Campbell, Controller BBC Three says: “As we gear up for launch, we’re excited to start talking about what will be on the new channel. As a destination for young audiences on the BBC, BBC Three will provide a true multi-genre offering with these commissions serving up some World Class entertainment with RuPaul Versus, award-winning true-crime with Mobeen and sky-high ambition with Flight Club.”

The channel will go live in early February and will be available on Freeview, Sky, Virgin and Freesat. 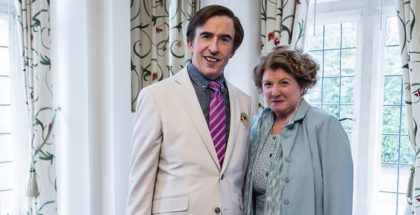