BBC Three documentary to follow stories from survivors of Manchester bomb attack | VODzilla.co | Where to watch online in UK

BBC Three has today announced Manchester Bomb: The Girls’ Story, a new documentary that follows the stories of some of the female survivors caught up in last year’s attack at Ariana Grande’s sell out concert at Manchester Arena..

The suicide attack was the worst act of terror in the UK since 7/7 and cut short the lives of 22 people, left over 100 people injured and changed many others’ lives changed forever. The vast majority of the victims were female, fans of an artist whose public stand against sexism and the objectification of women gave them the confidence to believe that the world was their oyster.

The documentary will explore the psychological impact on the girls and the young women who survived, as well as the ripple effect on their family and friends. Over the last 6 months, the film has followed a handful of 11 to 28 year olds caught up in this tragedy as they attend medical appointments and counselling sessions and try to return to the life they had before the bomb. Told in their own words with raw honesty, the film gives a unique insight into their worlds.

Director Lizzie Kempton says: “I feel so privileged to have been filming with these girls. No one can truly understand what they and their families have been through but I hope this documentary can give some insight and show the strength of these girls at such a difficult time in their lives.”

The documentary will be released on BBC Three around the first anniversary of the attack in May and is made by Manchester production company Blakeway North, Exec Produced by Sarah Murch and Fran Baker. It was commissioned by Clare Sillery, Head of Commissioning, Documentaries and Danny Horan, Commissioner for BBC Documentaries.

Damian Kavanagh, Controller BBC Three, adds: “Because this attack happened to young people, we felt it was vital that we found a way to tell the inspirational stories of those that were affected by this awful event as they rebuild their lives. It is an incredibly important film for BBC Three and we’re delighted that Lizzie, who is a talented first time film-maker, has made this film.”

In response to the bombing, Ariana Grande returned to Manchester less than two weeks after the attack for a benefits concert, titled One Love Manchester. Held at Old Trafford Cricket Ground, it was broadcast around the world, drawing 50,000 people in person and bringing a country together in the wake of another attack in London the night before.

One Love Manchester was streamed live on Facebook, Twitter and YouTube, as well as on BBC iPlayer. It broke live-streaming records on the BBC’s catch-up service, with more than 1 million requests to watch it live online – surpassing the opening ceremony of the 2012 London Olympics to become the most-watched non-sports programme in iPlayer’s history. 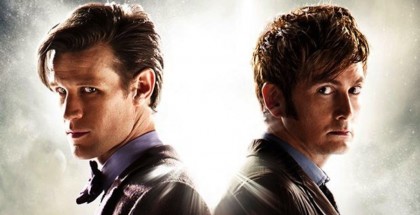