Apple's Tragedy of Macbeth gets free IMAX screening | Where to watch online in UK | How to stream legally | When it is available on digital | VODzilla.co 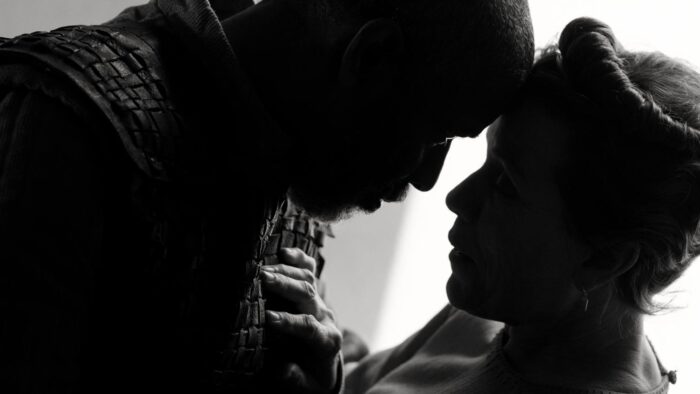 Apple, A24 and IMAX are teaming up to present a special screening of The Tragedy of Macbeth on the biggest big screen of them all – for free.

The film, based on Shakespeare’s classic play, stars Denzel Washington, Frances McDormand, Bertie Carvel, Alex Hassell, Corey Hawkins, Harry Melling, Brendan Gleeson and Kathryn Hunter. It written and directed by Joel Coen, marking the first film he’s made without his brother, Ethan. Coen also produces alongside Frances McDormand and Robert Graf, with the film pitched as a bold and fierce take on the play, full of murder, madness, ambition and wrathful cunning.

“Joel Coen nightmarish take on Shakespeare’s tragedy is stark, spellbinding cinema,” we wrote in our review from the film’s UK premiere.

The film will be released on Christmas Day in select cinemas, before going on to stream on Apple TV+ worldwide on 14th January. Before then, however, you can catch a one-off free IMAX screening of the film. The one-day-only global event will feature the film, plus a Q&A with Joel Coen and Frances McDormand, live-streamed across locations from AMC Lincoln Square.

In London, Cineworld Leicester Square. In Manchester, the Vue Manchester Printworks. In Edinburgh the Cineworld Edinburgh & IMAX. All screenings will take place at 4pm.

JA Bayona to direct Society of the Snow for Netflix