Apple orders space drama from Ronald D. Moore | Where to watch online in UK | How to stream legally | When it is available on digital | VODzilla.co

Apple is preparing to put a rocket under its new video push, with the order for a new space drama from Ronald D. Moore.

Moore, who is something of a sci-fi legend after creating the Battlestar Galactica reboot, first cut his teeth writing for Star Trek: The Next Generation, Deep Space Nine and Voyager. Since then, he has continued to be behind high-profile productions, including Philip K. Dick’s Electric Dreams for Channel 4 and Amazon Prime Video, as well as Starz’ epic TV adaptation of Outlander.

Now, he’s about to blast off once again, with a new space drama for Apple TV examining what would have happened if the global space race never ended. The untitled project is being kept under wraps, with no further details about its plot known, but Deadline reports Apple has given it a straight-to-series order.

Moore is writing the show, alongside Fargo co-EPs Matt Wolpert and Ben Nedivi, and Maril Davis will join all three as an executive producer. Sony Pictures Television is producing, alongside Moore’s Tall Ship Productions, marking a reunion between Moore and Sony, who both worked on Electric Dreams and Outlander. It also marks a reunion for Jamie Erlicht and Zack Van Amburg, Apple TV’s newly hired video heads, who left Sony in June when they joined the tech giant.

The result is the third original script commissioned by Apple, with its slate now consisting of a reboot of Spielberg’s Amazing Stories anthology from Hannibal’s Bryan Fuller, and a morning TV show drama, from Jennifer Aniston and Reese Witherspoon. Throw in Moore returning to a genre that he knows inside and out and you have a promising start to Apple’s belated entry into original video production. 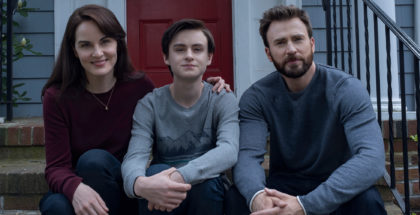