Amazon will air an uncut version of Ripper Street Season 3 ahead of the BBC’s edited broadcast.

Ripper Street was cancelled after its second season, until Amazon announced that it would resurrect the programme alongside the BBC for Prime Instant Video. While both the Beeb and Amazon’s VOD subscription service will get to enjoy Matthew Macfaydyen in a hat, there will be one major difference between the two: Amazon’s will be uncut.

Indeed, shows for Internet TV platforms are not subject to linear broadcast schedules, meaning that they can vary in length on the writers’ whims.

“Where it has changed is the flexibility that you don’t get when your prime buyer is saying you’re going out at nine o’clock and it’s going to be 58 minutes long,” writer Richard Warlow tells the RadioTimes.

Indeed, writers are beginning to embrace the lack of restrictions that online content brings.

“My first lesson was writing for TV – before Tudors, I hadn’t done that before. So the challenge was writing 10 episodes and having arcs for all the major characters. And I found I loved doing that and was good at that,” Michael Hirst, showrunner of History’s Vikings – also on Amazon Prime Instant Video – told us. “Working with History was totally different because there are five commercial breaks – and you have to have a cliffhanger for every one! I was like “Ok, this is lesson number two”. So then if it’s “Can you write things at different lengths”? That’s easy!”

“It’s very freeing,” agrees Warlow. “If we want to have an episode that’s 65 minutes long, we can. We can put that cut out and everybody can see it.”

Ripper Street is the first British TV series to be resurrected by a streaming service, following in the footsteps of many American shows, from Arrested Development to The Killing Season 4. While Netflix’s deal with The Killing Season 3 saw the show arrive on VOD following its TV broadcast, Amazon’s deal with the BBC will work the other way around: the retailer will release the show online several months before the TV premiere.

Amazon’s director of global content, Jason Rupell, says it’s a “unique and special cut of the show” that Amazon Prime Instant Video customers will get to see: “This is the best version of this show the creator could create and it’s only for our customers.”

What do you think? Is uncut better? 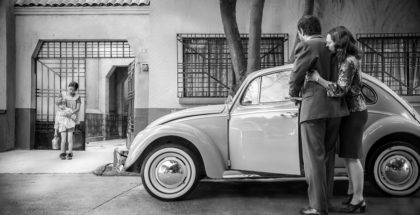 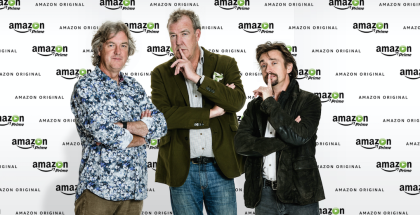