It’s the start of a new year, which usually means one of two things: you’re halfway through The Walking Dead and have developed a weird twitch while waiting for its return post mid-season break, or you’re frantically Googling every 2 hours to find out when Game of Thrones is returning.

The exact names of the series in question may differ, but the truth remains: January is a month of waiting for all the TV to start. Which is probably why half the world pretends to be out doing exercise all month.

Whether you’re wondering when Constantine returns, what Marvel’s Daredevil release date on Netflix is, or if Agent Carter has a broadcaster in Britain yet, here’s our guide to the UK air dates for US TV shows in the coming months. From Girls Season 4 to Pretty Little Liars Season 5, here’s where you can watch your favourite shows online.

Any shows we’re missing? Spotted an announcement about a TV show we’ve missed? Let us know below so we can keep this as up to date / complete as possible!

Mad Men’s final season consists of 14 episodes, with the first seven (The Beginning) broadcast in the UK last year. (Read our review of those episodes here.) Now, Sky have confirmed that the final seven episodes will premiere on Thursday 9th April 2015.

Forget monsters, the humans are the most dangerous part of a zombie apocalypse. That is, judging by Season 5 of AMC’s horror show, the first half of which ended just before Christmas – and has just turned up on NOW TV again, accompanied by all of Seasons 1 to 4. Here’s a trailer for the second half of the season.

This Breaking Bad spin-off, a prequel to Vince Gilligan’s series, will see Bob Odenkirk return to the role of Walter White’s dodgy lawyer, Saul Goodman, in early 2015. Joining Odenkirk will be Jonathan Banks, reprising his role as fixer Mike Ehrmantraut. The series will follow Jimmy McGill as he starts out as a small-time lawyer hustling to make ends meet – to eventually become the Saul Goodman we know and love. No Better Call Saul UK air date is currently confirmed, but it will premiere in the US on Sunday 8th February with a double-bill – and Netflix is very likely to premiere the show on UK soil within 24 hours of that release, on a weekly basis.

Central City Police scientist Barry Allen (Grant Gustin, GLEE) has been standing still emotionally since the day his mother was murdered and his father unjustly jailed for the crime. But when an unexpected and devastating accident at the S.T.A.R. Labs Particle Accelerator facility strikes Barry, he finds himself suddenly charged with the incredible power to move at super speeds.

Stephen Amell stars as billionaire playboy Oliver Queen, who, after a shipwreck, was missing and presumed dead for five years before being discovered alive on a remote island in the Pacific. He returned home to Starling City, welcomed by his devoted mother Moira (Susanna Thompson), beloved sister Thea (Willa Holland) and former flame Laurel Lance (Katie Cassidy). With the aid of his trusted chauffeur/bodyguard John Diggle (David Ramsey), the computer-hacking skills of Felicity Smoak (Emily Bett Rickards) and the occasional, reluctant assistance of former police detective, now beat cop, Quentin Lance (Paul Blackthorne), Oliver has been waging a one-man war on crime ever since.

George RR Martin’s fantasy epic returns for a fifth run of inevitably shocking deaths. Expect more details when HBO releases a big trailer (literally), when it screens the final two episodes of Season 4 in IMAX cinemas in the US from 23rd January. The show will premiere on HBO in the US on Sunday 12th April, and will then be broadcast in the UK on Sky Atlantic on Monday 13th April. 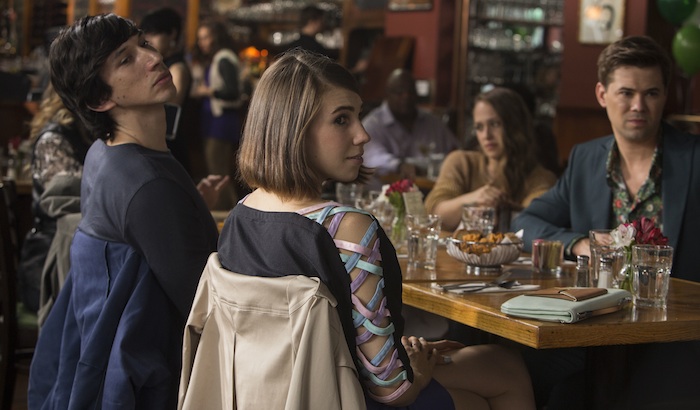 Lena Dunham’s critically acclaimed drama follows the attempts of twenty-somethings Hannah, Marnie, Shoshanna and Jessa to make sense of life. And eat lots of food. Girls Season 4 premieres in the US on Sunday 11th January – and arrives in the UK within 24 hours. Seasons 1 to 3 are available now.

Marvel’s Agents of SHIELD continue to try to re-orient themselves in the wake of the events of Captain America: The Winter Soldier. With Part 2 of Season 1 premiering in the UK on Channel 4 on 14th March 2014, we expect Season 2 to follow a similar pattern, although this is unconfirmed.

When? TBC March
What channel? Channel 4

This adaptation of DC Comics’ Hellblazer graphic novels avoids all the pitfalls of the recent movie version, starting with its cast – Matt Ryan is a fantastic, British, blonde exorcist – and going right through to the special effects, sarcastic sense of humour and complex occult mythology. After a wobbly start, Season 1 has gotten better and better, building up to a cracking mid-season finale, complete with cliffhanger for Constantine’s return. For those who think comic book series can only be like Arrow, this is an eye-opener. For those who have read the originals, this is a treat.

ABC Family’s series, which follows a group of friends whose leader goes missing – only to apparently begin sending them cryptic messages one year later – has been a huge hit in the USA with young adult viewers. Exactly the kind of viewers, in fact, that Netflix is trying to court. Seen of all Gossip Girls? This is for you. All four seasons of it, plus new episodes from Season 5 every Wednesday – within 24 hours of their US broadcast.

When? Every Wednesday from 7th January
What channel? Netflix UK

From creators Tina Fey and Robert Carlock, the half-hour single-camera comedy series stars Ellie Kemper as Kimmy, who escapes a doomsday cult and decides to reclaim her life and start over in New York City. Armed with just a backpack, light-up sneakers, and a couple of way-past-due library books, Kimmy’s ready to take on a world she didnt even think existed anymore.

Blinded as a young boy but imbued with extraordinary senses, Matt Murdock (Charlie Cox) fights against injustice by day as a lawyer, and by night as the Super Hero Daredevil in modern day Hell’s Kitchen, New York City.

When the eldest brother and black sheep of the Rayburn family returns home, he exposes the emotional demons that lie at the core of the family, threatening to tear them apart.

In this irreverent and touching series from the creator of FRIENDS, Jane Fonda and Lily Tomlin star as Grace and Frankie, a pair of frenemies whose lives are turned upside down – and permanently intertwined – when their husbands leave them for each other. Together, they must face starting over in their 70s in a 21st century world. The series also stars Martin Sheen and Sam Waterston.

When? Friday 8th May
What channel? Netflix UK

The small-screen prequel to the Batman franchise continues to tell the story of young James Gordon (Ben McKenzie), trying to take crime off the streets of Gotham.

When? TBC March
What channel? Channel 5

Hayley Atwell reprises her role of Peggy Carter from the Captain America franchise in this new spin-off Marvel TV series.

When? TBC February
What channel? Unknown – Netflix or Amazon rumoured.

Currently unavailable on VOD in the UK.

The Interview VOD release – 5 things we have learned