The 2016 Raindance Film Festival kicks off one week today. With 108 feature films, 85 shorts and a whole heap of web series from around the world, Europea’s largest independent film festival is also one of the most surprising events in the UK’s film calendar.

While the festival’s dedicated strand of online shows makes this a must for streaming fans, Raindance is also full of the kind of films that struggle to find theatrical distribution, with many of the event’s titles going on to be released straight to VOD, or day-and-date with cinemas in the UK. The festival even has its own VOD platform to showcase films from past years.

We’ll be there throughout the event, giving you the lowdown on what might be the next film to hit a streaming service near you, as well as the web series you should be subscribing to. Until then, we rummaged through the schedule to pick out some of the programme’s most promising highlights.

Here are our top recommendations for Raindance 2016.

Raindance’s annual showcase of the best web series from the past year. Raindance Web Fest run from Friday 30th September to Sunday 2nd October, with a host of themed screenings and talks. Panels include Actors (3.30pm, 30th), Successful Crowdfunding (3.30pm, 1st) and Getting Your Indie Series Commissioned (11am, 2nd). The Web Fest Awards take place on Sunday 2nd October at 3.30pm. Read our reviews of the nominees here or check out the full line-up here.

Director Caradog James won the Best UK Film prize at Raindance in 2013 for the excellent sci-fi thriller The Machine. Now, he’s back again with the world premiere of his supernatural horror, in which a mother tries to reconnect with her troubled daughter, but ends up embroiled in the urban legend of a demonic witch. Kate Sackhoff, of Battlestar Galactica and Riddick, stars.

Any film by Johnnie To is always worth watching. His latest film, starring Louis Koo, Wallace Chung and Zhao Wei, has its European Premiere here, telling the story of a thug who will do anything to escape police arrest. This is part of Raindance’s “China Day”, a day dedicated to building relationships with the Chinese film industry, including panels on virtual reality and 3D films. The day will be attended by the Shanghai Governor, as well as delegates from the China Film Group Corporation and the Beijing Film Academy.

As well as features, Raindance has a whole strand of short films lined up. This 40-minute documentary follows Noma Dumezweni – currently playing Hermione Granger in Harry Potter and the Cursed Child – as she takes on the stage role of psychologist Pumla Gobodo-Madikizela, who famously interviewed convicted apartheid-time murderer Eugene De Kock.

Lily Cole and David Arquette star in this US indie, set at a time when civilisation has collapsed and prophecies of a saviour’s upcoming arrival are emerging. A maiden held captive by a cannibal shaman is found by an illerate hunter whom she promises to lead to a city containing the world’s last survivors.

Inspired by Dimitri Verhulst’s novel of the same name, Manu Riche’s film follows a cross-frontier migrant, whose life ‘within the system’ becomes even bleaker in December. He doesn’t want to admit it, but the arrival of a Russian girl makes a difference.

Sick Of It All

Brian McGuire returns to Raindance to showcase his latest indie film – a black-and-white dark comedy, steeped in film noir, and dealing with lost youth and the trials of adulthood. A familiar figure at the festival, this Austin filmmaker never fails to serve up something interesting. The fact that this is based somehow on The Little Prince only makes it more so.

At the end of the 1980s, football fans from Zagreb, known as the Bad Blue Boys, go to a football match in Belgrade, the home of their most fierce rivals. Because frankly, any film set in Belgrade is worth seeing just for the backdrop alone.

Fans of Goon and Slapshot, this is for you. Brett Harvey’s Canadian documentary takes a look at that most controversial role in NHL: The Enforcer. Should fighting be part of the game? Or is it just an occupational hazard?

Raindance has films from around the world, but one of the exciting things is seeing the next generation of British filmmakers looking to make their mark. Fiona Shaw and Alun Armstrong star in Danny Hiller’s Out of Innocence, which dramatises the true-life historical investigation into two dead babies in 1980s Ireland.

A man wakes up in a square of an unknown city again and again, after each failed attempt to escape four masked assassins.

Worm may not be the most attractive title, but this British indie looks more than worth burrowing into, as Keir Burrows directs this sci-fi noir take on Alice in Wonderland.

Ophelia Lovibond and Joe Kennedy star in this drama about a young couple who migrate to the titular Maltese island to escape a personal tragedy. But when he begins to hear strange noises, the past comes back to haunt them.

Noah (Peaky Blinders’ Sam Hazeldine) and Katrina return to the island paradise of Tobago, where they fell in love three years ago. However, when Noah’s marriage proposal is rejected, paradise quickly becomes a heartbreaking prison for them both.

Fans of meta-cinema and James Franco, pay attention. Back in 2010, James Franco optioned the rights to Stephen Elliott’s memoir, The Adderall Diaries, before turning it into a film with Ed Harris in 2015. Now, Elliot presents a film directed by himself about the making of that film.

Four transgender women come out for the first time in their senior years in his documentary set in the logging towns of the Pacific Northwest.

Sing Street meets Valkyrie in this film about a young Croatian poet in WWII, who must write a song so that a band (made up of partisans and the National Liberation Army) can win a national talent show and perform at a party where they can kill Hitler. If that synopsis doesn’t grab your attention, nothing will.

Pranks are now commonplace on the web, thanks to YouTube. This dark comedy studies the peer pressure, bullying, friendship and loss of innocence is tied up in a group of pranksters who go one step too far. 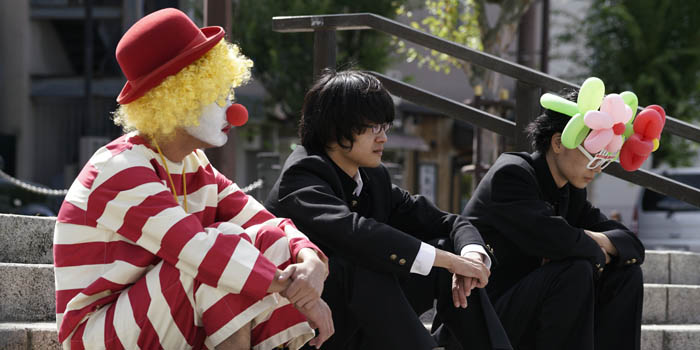 High school students Seto and Utsumi spend their days hanging out after school and doing… well, not very much at all. Think Clerks, by way of Japan.

VR Arcade
Raindance is holding an inaugural VR arcade this year, which adds to the festival’s emphasis on the rise of alternative digital platforms for filmmakers. Sponsored by Lexus, it features 14 experiences, providing audience members with an immersive experience and the chance to experiment with new advances in storytelling technology. Titles include Notes on Blindness and other films that showcase empathy, as well as documentaries, such as Witness 360: 7/7, a look at the 2005 London terrorist attacks; and the World Premiere of RecoVR: Mosul, which was commissioned by the Economist and takes the viewer on a visit to a museum in Iraq that was destroyed by ISIS. For more, click here.

In Conversation with… Ken Loach

The film-making legend himself will take part in a Q&A moderated by Jason Solomons at this year’s festival. The director will also be receiving the festival’s first Raindance Auteur Award.

The writer of Amores Perros, 21 Grams and Babel delivers a masterclass in script-writing.

Brexit Panel
What will Brexit mean for the film industry? This panel will discuss how the UK leaving the EU could change the way films are financed and produced.

For more information, or for tickets, visit www.raindancefestival.org. 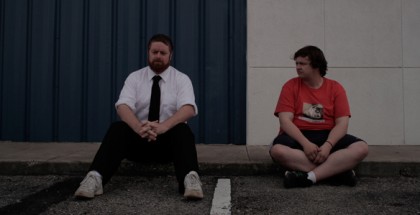