The MUBI Weekly Digest | 7th March 2020 | Where to watch online in UK | How to stream legally | When it is available on digital | VODzilla.co 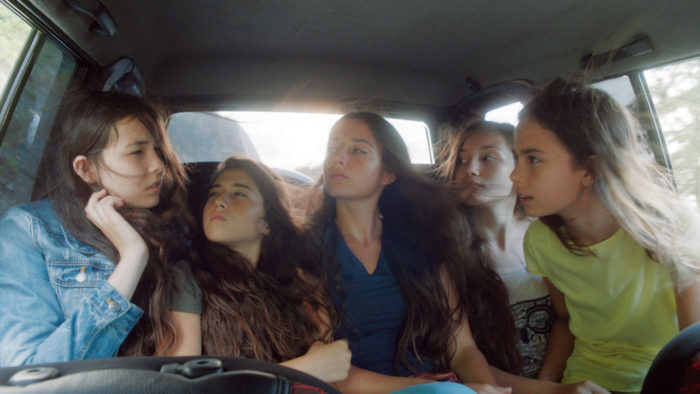 MUBI’s retrospective of the cool helmer Jean-Pierre Melville is joined by a continuing look back at Park Chan-wook’s revenge trilogy this week, along with a slice of Ingmar Bergman on the side. But before then, there’s a welcome spotlight for Deniz Gamze Erguven on International Women’s Day with her excellent film Mustang.

Looking to see a film on the big screen? Use MUBI Go (which offers a free cinema ticket every week to its subscribers) to see Vitalina Varela at participating cinemas. 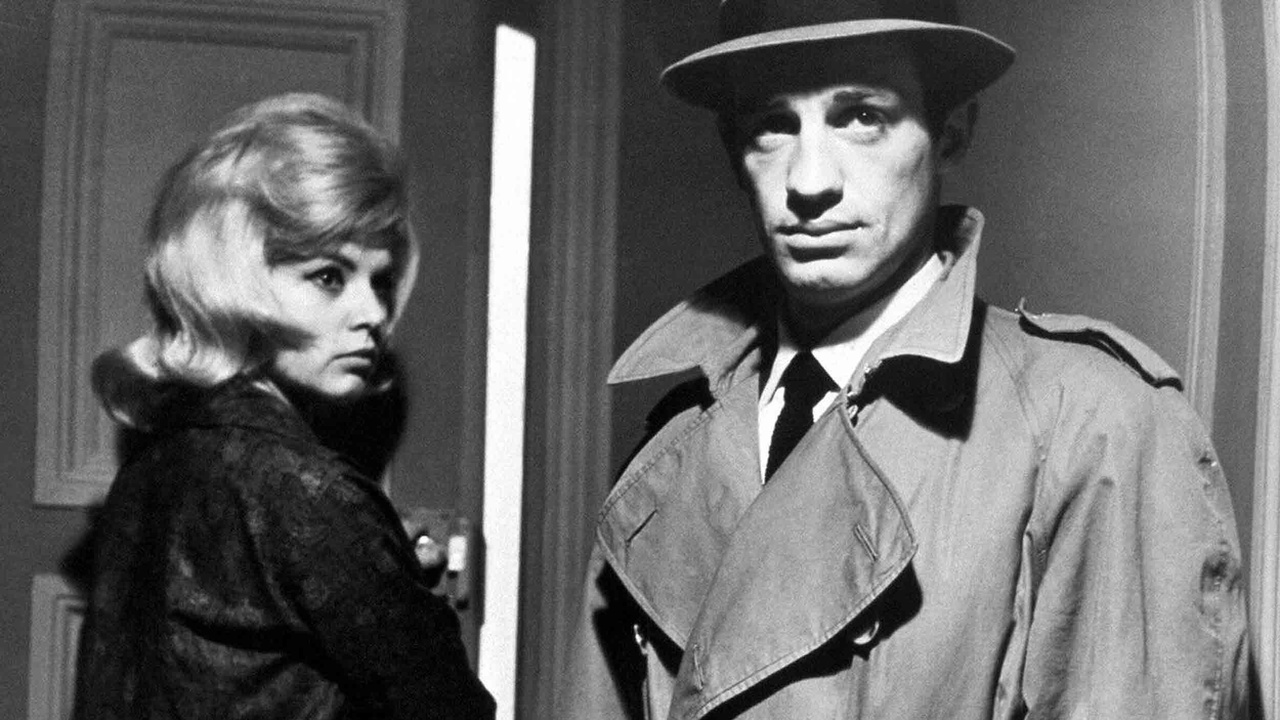 Burglar Maurice has just finished his prison sentence. He murders Gilbert, a receiver, and steals the loot from another robbery. As Maurice prepares for another burglary, his friend Silien brings him all the necessary equipment. But Maurice doesn’t know that Silien is a police informant.

In a Turkish village, five orphaned sisters are kept under strict lock and key by their aunt and uncle after an entirely innocent encounter with a group of boys. As marriages start being arranged, the sisters, driven by the same desire for freedom, rebel against the limitations imposed upon them. Directed by Deniz Gamze Erguven.

Three itinerant actors are accused of taking part in a performance deemed pornographic by the state’s authorities. As they are called to court, criminal interrogations and interpersonal confrontations ensue, causing them to expose their neuroses and inner psychological torments.

He is a photographer, scouting for locations. She goes with him because they’ve fallen in love. They discover the desert around the town of Twenty-nine Palms, lose themselves in nature’s splendour, make love, and hate one another, never suspecting that the danger doesn’t only lie within themselves.

Aki has just confessed to murdering the daughter of her longtime friend, an episode that occurred while taking care of the child in the mother’s absence. Shifting the action to a rehearsal room, a series of script readings are undertaken in order to trace the backstory of the tragic incident.

If you like your action raw, served with live octopus and involving a hammer, Park Chan-Wook’s twisting revenge thriller hits the nail firmly on the head. So to speak. 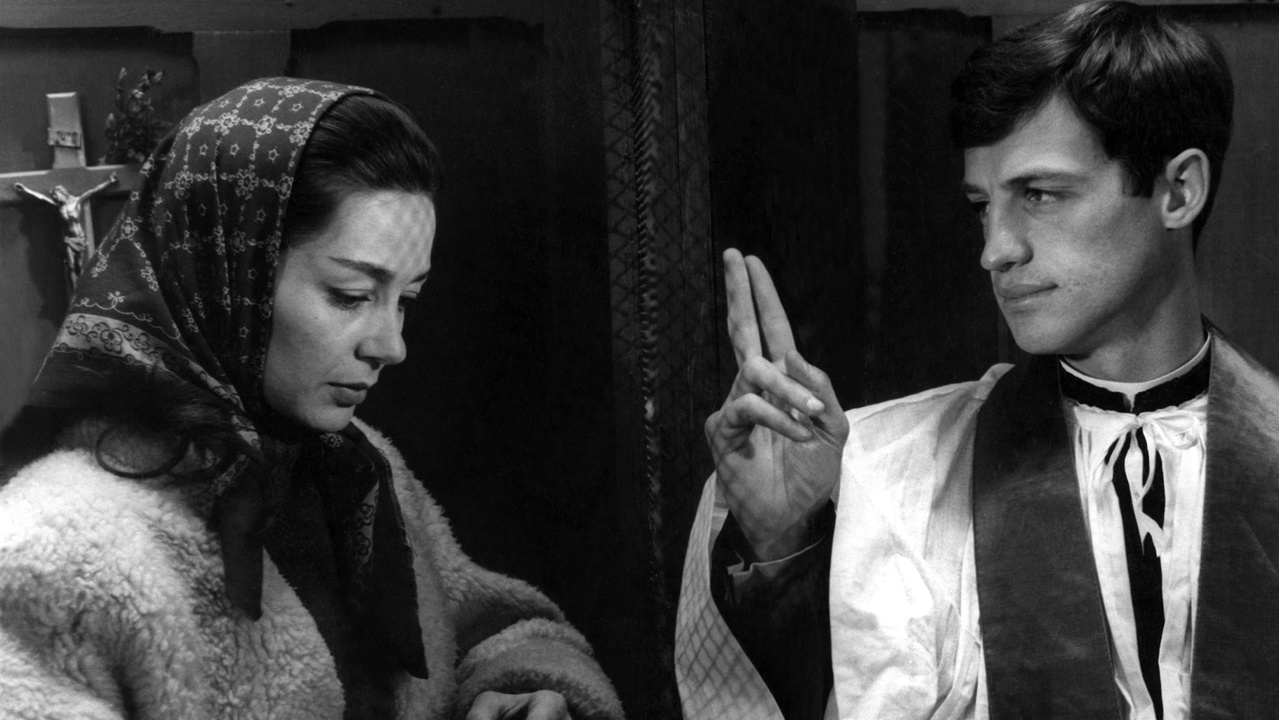 The second film in MUBI’s Jean-Pierre Melville focus is this twisted, provocative tale of religion, filled with sexual tension (and repression). The widow Barny lives in Nazi-occupied France, looking after her daughter in a small village. When the Germans arrive, she decides to baptize her and chooses priest Léon Morin to do so; after spending some time with him and converting to Catholicism, she starts feeling an unrequited desire for Léon.

From the French New Wave to Michael Mann, the influence of Jean-Pierre Melville’s cool existentialist cinema cannot be understated. Ageing safecracker and compulsive gambler Bob lives by night and sleeps by day, and thrives on his nostalgia for the prewar gangster milieu, before the infiltration of the Gestapo upset the delicate balance between cop and criminal. Bob’s going for the big stakes now: the casino vault in Deauville.

Ana is a young aspiring painter who moves to an artists’ hide-out in Madrid. After a hypnosis session, she realises that her life seems to be the continuation of the lives of other young women, all of whom died from tragic consequences at 22, and live on in the abyss of Ana’s unconscious.

Young soldiers from previous wars are seen roaming the woods aimlessly. They wear the uniforms of the Soviet troops, the Wehrmacht or the American military forces during the Vietnam war. In interviews, they share war memories they can’t possibly have experienced themselves.

Urgently in need of the money to pay for his gravely ill sister’s kidney transplant, Ryu, a punky deaf-mute factory worker, resorts to kidnapping the daughter of a wealthy industrialist—an act of desperation which leads to a series of events that spiral into a bloody cycle of violence and revenge. 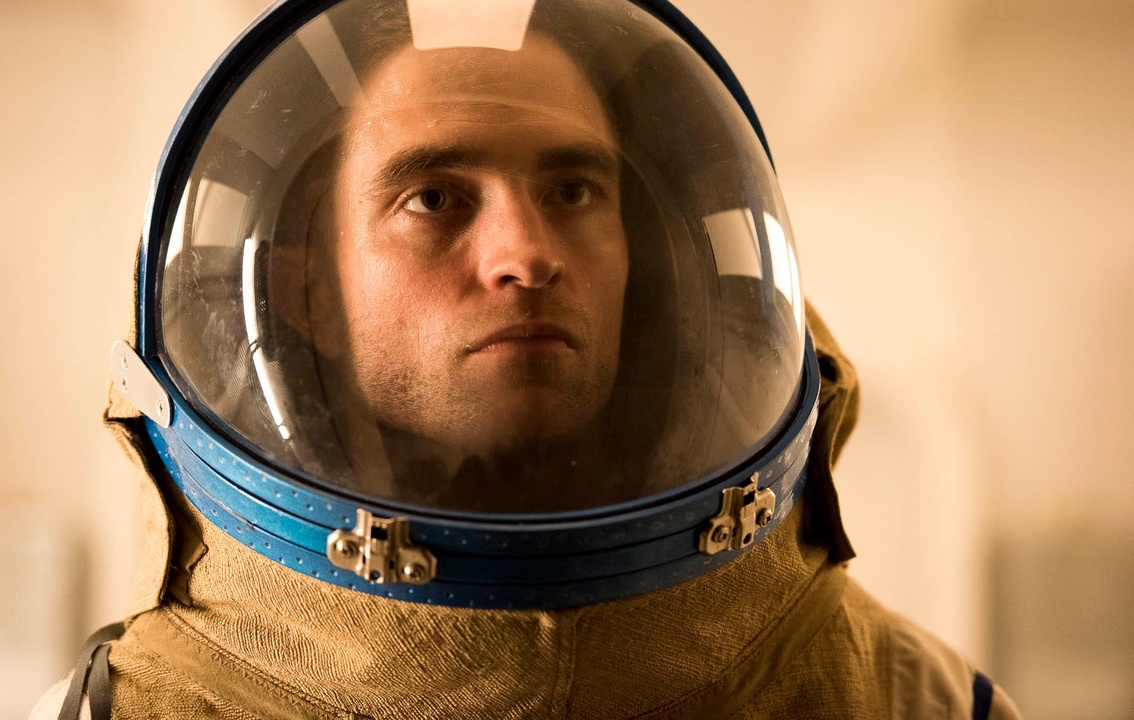 Monte and his baby daughter are the last survivors of a damned and dangerous mission to deep space. The crew—death-row inmates led by a doctor with sinister motives—has vanished. As the mystery of what happened onboard the ship is unraveled, father and daughter must rely on each other to survive.

This story of Tonio/Tonia and Franz, Paul and Erika unfolds within New York’s queer scene, a tale of political activism and different models for love: at once an adaptation, translation, and new reading of Ronald M. Schernikau’s 1980s novel “So schön”.

Berlinale: The Miracle of the Sargasso

In a small Greek town, two women live solitary lives. Elisabeth is an ex-policewoman forced to relocate from Athens, while Rita is the mysterious sister of a lounge singer in the local disco. When a sudden death upsets the local community, their respective paths begin drifting towards each other.

Berlinale: The Awakening of the Ants

On the surface, Isa’s life seems lovely: adorable daughters, a pleasant husband. But her surrealist imaginings suggest a revolt against the pressures placed on her. Soon she finds herself awakening to her own long-suppressed sexuality and the possibilities of a life lived on her own terms. 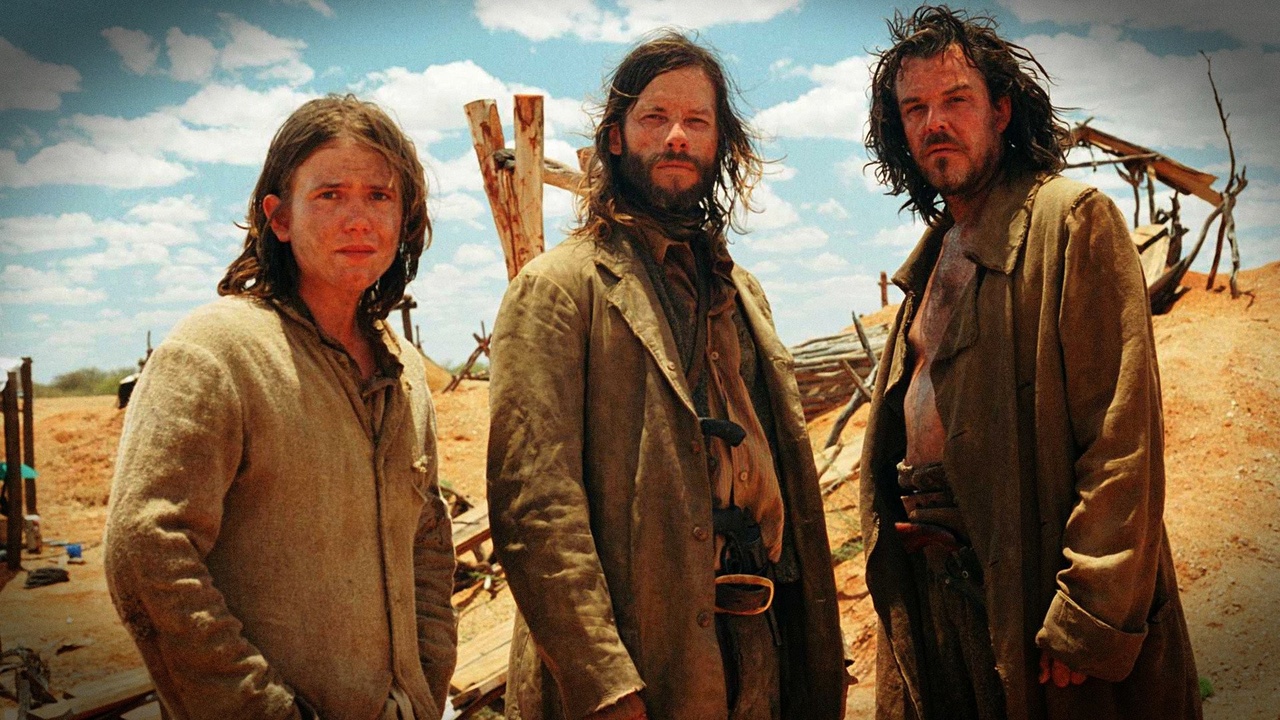 With the Australian outback circa 1880s serving as the backdrop, comes the story of the Burns Brother gang. Captain Stanley attempts to bring an end to violence by offering a proposition to Charlie Burns: he has nine days to kill his psychopathic brother, otherwise his younger brother will be hung.

With Little Joe in cinemas, go back to director Jessica Hausner’s 2009 drama. Christine is a lonely, almost entirely handicapped woman who goes on a life-changing journey to Lourdes, the iconic site of pilgrimage in the Pyrenees Mountains. Not that she believes in miracles—it just happens to be the only way to get out and about.

In the Chinese city of Wuhan, a network of lakes provide ideal places to hide, and when transgressive mid-level crime boss Zhou needs to lay low, he looks for anonymity amidst the neon-lit hangouts. There he meets sex worker Liu, who works for Zhou’s boss and who may or may not be there to save him.

Godard: Oh Woe Is Me

At a Swiss lakeside resort, a book publisher investigates a mysterious tale, the story of a god-like being entering the body of a man, Simon, to experience physical love with his wife, Rachel. Did this actually happen or is Rachel just covering up her infidelity to her husband? 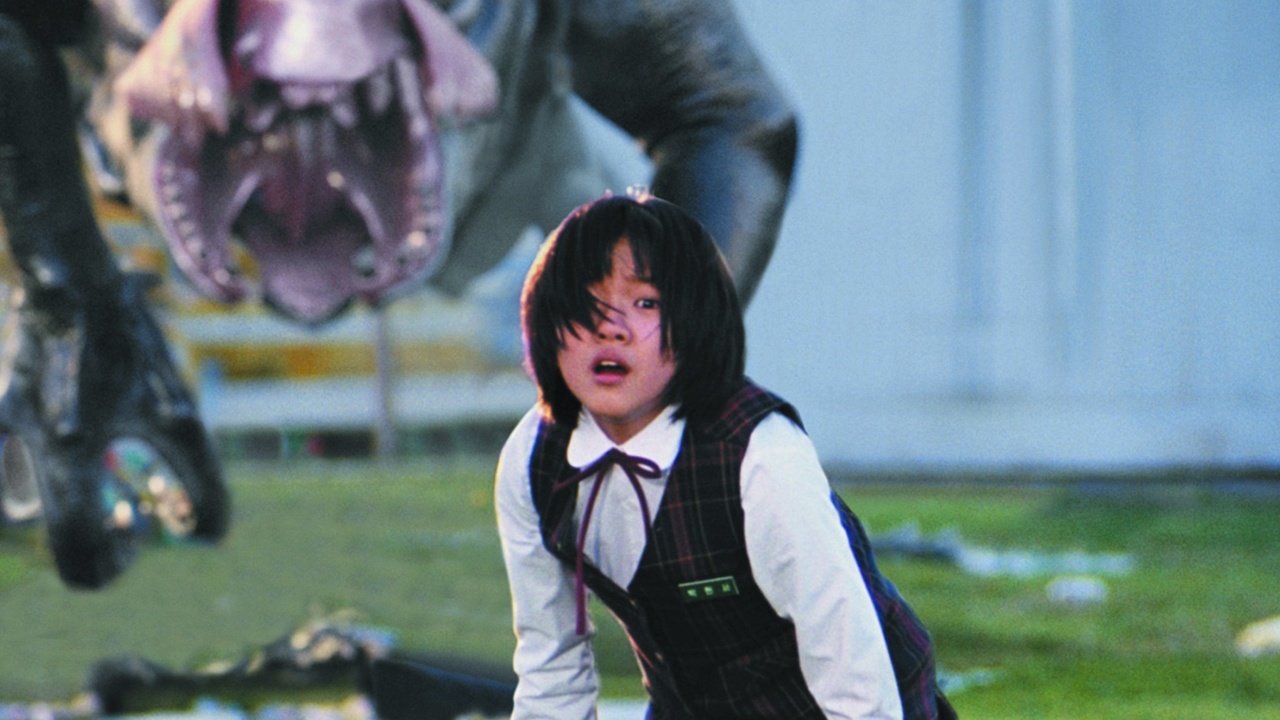 Bong Joon-ho’s fourth feature film is a gripping study of the limits of maternal devotion. The film follows a widow (Kim Hye-ja) raising her mentally challenged son (Won Bin) in a small South Korean town, who finds her world plunged into nightmare, when a young girl is found murdered and her son the prime suspect. Betrayed by the legal system, the mother takes the law into her own hands to clear his name.

He was a writer. He thought he wrote about the future but it really was the past. In his novel, a mysterious train left for 2046 every once in a while. Everyone who went there had the same intention… to recapture their lost memories. It was said that in 2046, nothing ever changed.

With one rickshaw and virtually no baggage, a man returns home from the Philippines. The Meiji era was coming to an end and things at home had changed drastically. Meeting his daughter, who is now four, for the first time, he desperately tries to recover the lost time with his family.

Roman Polanski’s comedy sees two pair of parents meet up to discuss what to do after their sons are involved in a fight – only to become increasingly childish themselves. Dark, caustic, hilarious.

In 2000 David Gordon Green burst into the U.S. indie scene with a visionary debut reminiscent of such American touchstones as Killer of Sheep and Terrence Malick. Inventive, melancholy and sensuously photographed, this is a remarkable meditation on adolescence with an award-winning ensemble cast.

Clouzot and Picasso joined forces to make a new kind of art film, one that would capture the mystery of the creativity process. Using special inks that bled through a semi-transparent surface, the artist created a series of paintings that unfold chronologically, dancing into being before our eyes.

The Host
Available until end of: 7th March

Son of Saul
Available until end of: 9th March

The Plagiarists
Available until end of: 13th March

In the Mood for Love
Available until end of: 14th March

The Staggering Girl
Available until end of: 15th March

Amazon brings back The Kids in the Hall 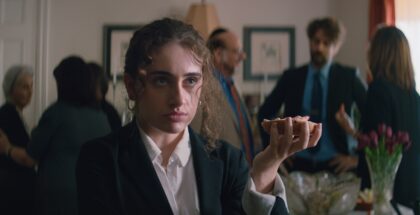 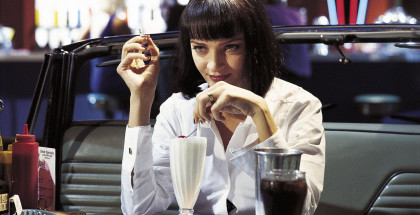 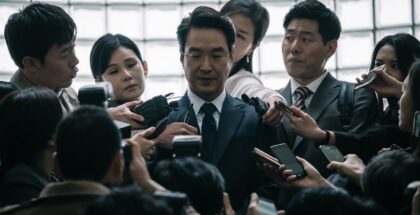 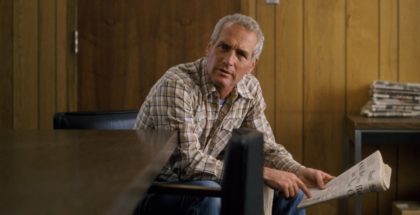