New releases and coming soon to MUBI UK this week (16th April 2016) | VODzilla.co | Where to watch online in UK

From the 400th anniversary of Shakespeare’s death to Paul Verhoeven, here’s what’s new and coming soon to MUBI:

Luis Lopez-Carrasco’s experimental, 80s-set film is the latest global exclusive for MUBI, following its premiere at Locarno in 2013. It joins with Suenan Los Androides to form a double-bill of radical, contemporary Spanish cinema.

French from the Berlin Film Festival in 2015, Ion de Sosa’s film is loosely based on the Philip K. Dick novel, Do Androids Dream of Electric Sheep?

Werner Herzog has always had an eye for fascinating, unusual stories – and his 1997 documentary is no exception, as German-American Dieter Dengler discusses his service as an American naval pilot in the Vietnam War, when he was held prisoner after being shot down.

MUBI takes us back to Wayne Wang and Paul Auster’s directorial debut for a double-bill of Brooklyn life, all connected by the same Cigar Store. This won Auster an Independent Spirit Award for Best First Screenplay and Wang a Silver Bear at the 1995 Berlin International Film Festival – as well as an MTV Movie Award for Best Sandwich in a Movie. (Ham and Cheese.)

MUBI whisks us back before Paul Verhoeven’s Hollywood years for this thriller about Gerard Reve (Jeroen Krabbé), an alcoholic, bisexual novelist, who leaves Amsterdam to deliver a lecture at the Vlissingen Literary Society. There, he becomes sexually involved with its attractive treasurer, Christine Halslag.

Laurence Olivier’s star-studded adaptation of Shakespeare’s classic history play is an epic, soaring piece of fimmaking, with Olivier not only carrying the role of the young king but helming the whole thing to boot. From the bravura opening, which seamlessly takes us from a theatre stage to a fullscreen landscape, to the ambitious scale of the battle scenes, this is perfect timing from MUBI, as it celebrates Olivier’s Shakespeare in the month that marks the 400th anniversary of Shakespeare’s death.

Winner of four Academy Awards, including Best Picture and Best Actor, Sir Laurence Olivier’s Hamlet is another defining take on a Shakespeare classic. Olivier is at his most inspired, both as director and as the eponymous melancholic Dane.

MUBI begins its marathon release of Jacques Rivette’s OUT 1 in four parts over four days. Paris, April 13th 1970. Two theatre groups each rehearse avant-garde adaptations of plays by Aeschylus. A young deaf-mute begs for change in cafés while playing the harmonica. A young woman seduces men in order to rob them. As a conspiracy develops, the protagonists’ stories start to intertwine.

Note: Release dates for future titles are subject to change. A monthly subscription to MUBI costs £4.99 a month, with a 30-day free trial. For more information, visit www.mubi.com.

Down Terrace
Available until end of: 17th April

Nostalgia for the Light
Available until end of: 22nd April

The Passion of the Christ
Available until end of: 23rd April

Is Amazon about to take on UK pay-TV providers? 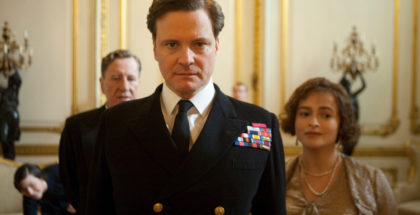