New releases and coming soon to MUBI UK (23rd July 2016) | Where to watch online in UK | How to stream legally | VODzilla.co

Hot on the heels of its season of hand-picked Nicolas Winding Refn favourites MUBI continues a retrospective of the director’s work.

When Thomas (Rhys Wakefield) and his family move to a new home and he has to start at a new school, all he wants is to fit in. The directorial debut of Elissa Down.

A Los Angeles Rams quarterback, accidentally taken away from his body by an angel before he was supposed to die, comes back to life in the body of a recently-murdered millionaire in Warren Beatty and Buck Henry’s Oscar-winning tale of second chances.

Francis Ford Coppola’s 1986 sci-fi comedy follows Peggy Sue. who faints at a high-school reunion, only to find herself waking up in the past. A neat double-bill with Heaven Can Wait.

Ryan Goslin and Nicolas Winding Refn teamed up again after Drive to make Only God Forgives. If the former lightly tip-toed around the discotheque of darkness, then this is an all-out Danse Macabre. A gnarly and lubricious film that lambadas its way through an assortment of big themes like honour, masculinity and Oedipal rage. With karaoke.

Written by and starring Jon Favreau, and featuring a dazzling turn from Vince Vaughn, Swingers follows a bunch of wannabe actors, who become regulars in the stylish neo-lounge scene. Trent teaches his friend Mike the unwritten rules of the biz, while director Doug Liman (with a budget of just $200,000) launches careers and iconic catchphrases with warm, laid-back charisma.

Two Navy men are ordered to bring a young offender to prison but decide to show him one last good time along the way, in Hal Ashby’s 1973 comedy.

Don Hertzfeldt’s third and final chapter to Everything Will Be OK follows Bill as he finds himself in a hospital struggling with memory problems. If you had your mind blown by his opening to The Simpsons in recent years, but you’ve never ventured further into his back catalogue, be prepared to be dazzled by the Oscar-nominated animator.

On the Waterfront – 26th July

“You don’t understand. I coulda had class. I coulda been a contender. I coulda been somebody, instead of a bum, which is what I am.” Marlon Brando is sensational in this drama about an ex-boxer working in the docks of New Jersey. When another worker is murdered before he can testify against corrupt union bosses, Terry takes a stand. Director Elia Kazan has rarely been better. And given he also gave us A Streetcar Named Desire and East of Eden, that’s saying something.

MUBI continues its run of down-and-out losers with another boxing-themed flick. This time, it’s John Huston’s 1972 drama, starring Stacy Keach and Jeff Bridges, about a washed-up fighter, who tries to show a young hopeful the ropes.

What better way to complete a season of Nicolas Winding-Refn films than with a candid look at the man himself? Here, his wife, Liv Corfixen, documents her husband, as he makes Only God Forgives (also on MUBI UK) in Thailand.

A monthly subscription to MUBI costs £4.99 a month, with a 30-day free trial. For more on Nicolas Winding Refn’s season – and for MUBI’s interview with the director, click here. 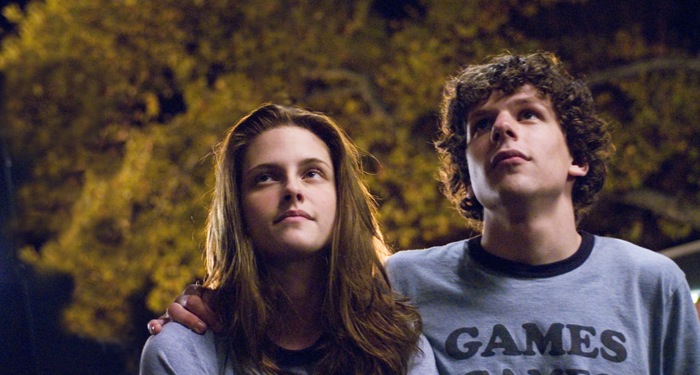 The Tailor of Panama
Available until end of: 28th July