Following a week dedicated to female directors in honour of International Women’s Day, MUBI delves into the career of German maestro Rainer Werner Fassbinder, while continuing to explore the back catalogue of Lav Diaz – plus a sprinkling of Bill Murray for good measure.

Before Ghostbusters came Stripes, Ivan Reitman’s slacker comedy about the military. Bill Murray stars as John Winger, a cab driver who finds his life going off the rails – and so he joins the army. Murray is joined by Harold Ramis, John Candy and Peckinpah alumni Warren Oates.

The Remains of the Day – 19th March

Merchant and Ivory’s formidable producer-director duo are longstanding masters of the English language period film adaptation. Among their greatest efforts, is this subdued rumination on the intimate tragedy of choosing duty over romance, and an impressive exercise in restraint by Anthony Hopkins.

One of the Golden Age of Hollywood’s greatest triumphs, this screwball classic boasts the mad chemistry of Cary Grant and Katherine Hepburn led by arguably the greatest director of actors ever, George Cukor. Funny and sublimely human behind Hollywood’s artifice, it’s an unsurpassable pleasure.

MUBI continues its Fassbinder season with this 1972 drama about the eponymous successful fashion designer. She’s in a fairly satisfactory S&M relationship with her assistant Marlene, but when the arrogant Petra develops an obsession with fashion model Karin, things become far more complicated in this tale of intermingled love and hate.

The Merchant of Four Seasons

A key milestone in Rainer Werner Fassbinder’s career, this drama follows Hans Epp (Hans Hirschmüller), a former foreign legionnaire and fruit-peddler living in 1950s West Germany, who is pushed over the edge by an uncaring society.

How can a migrant tell his or her story? Documentarian Avi Mograbi has come together with theater director Chen Alon to collaborate with detainees in Israel not only to document their treatment but to work together using Theater of the Oppressed methods to dramatize their incredible experiences.

MUBI continues its monthly retrospective of director Lav Diaz with this two-year shoot expanding a story of poor treasure hunters into one interwined with the tale of a woman who drifts through the countryside looking to understand her addled mind and damaged body.

MUBI takes the Human Rights Watch Film Festival beyond London with Child Mother, part of this year’s line-up. Yael Kipper and Ronen Zaretzky’s 2016 film investigates the tragedy of child marriage, uncovering the generational trauma behind it.

As Girls finishes, go back to creator Lena Dunham’s feature film debut – an authentic, incisive portrait of a young woman at a crossroads.

MUBI begins a double-bill dedicated to the work of Hollywood power couple Annette Bening and Warren Beatty. First up, István Szabó’s adaptation of W. Somerset Maugham, which follows actress, Julia Lambert, who is bored with her career, her devoted husband, and desperate to experience something new and exciting in her life. She finds what she is looking for in a fling with a handsome young fan. One of Bening’s best roles, her performance won her an Oscar nomination.

MUBI’s double-bill concludes with a fresh-faced turn from a young Warren Beatty, who plays therapist Vincent, a war veteran who works at a private sanitarium. Vincent’s life gradually becomes unhinged as he falls for Lilith (Jean Seberg), an unstable and highly manipulative patient.

A quiet, moving film, For Ellen follows Joby’s (Paul Dano) attempt to connect with his daughter, Ellen (Shaylena Mandigo), before he loses her completely. So Yong Kim keeps things moving at a slow pace, giving her enough time to draw out a intensely delicate performance from Dano. Read our review.

Céline Sciamma’s 2011 drama follows Laure, who’s 10 years old and a tomboy. On her arrival in a new neighborhood, she lets Lisa and her crowd believe that she is a boy. Truth or dare?

Ang Lee’s 2000 martial arts flick (about a thief stealing a treasured sword) is more tender character piece than breathtaking action, something that makes his introduction to the wuxia genre for western audiences all the more dazzling. An epic of whispered poetry, its wirework and nighttime sequences are unlike anything many had seen before, always using its stunts to further its characters, with each blow from veteran warriors Shu Lien (Michelle Yeoh) and Li Mu Bai (Chow Yun Fat) a gesture of unspoken emotion. 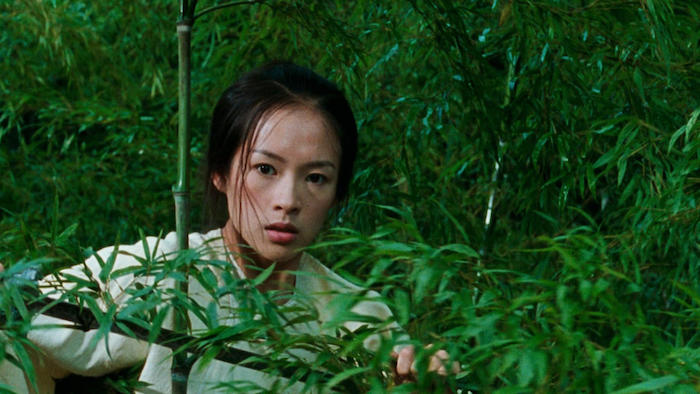 The People vs. Larry Flynt
Available until end of: 19th March

The Greatest Show on Earth
Available until end of: 21st March

Investigation of a Citizen Above Suspicion
Available until end of: 22nd March

Kramer vs. Kramer
Available until end of: 23rd March

Sense and Sensibility
Available until end of: 25th March

As Good As it Gets
Available until end of: 27th March

Branded to Kill
Available until end of: 28th March

The Man Who Would Be King
Available until end of: 29th March 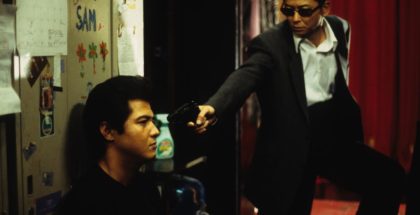