What's coming soon to Amazon Prime Video UK in March 2019? | Where to watch online in UK | How to stream legally | VODzilla.co 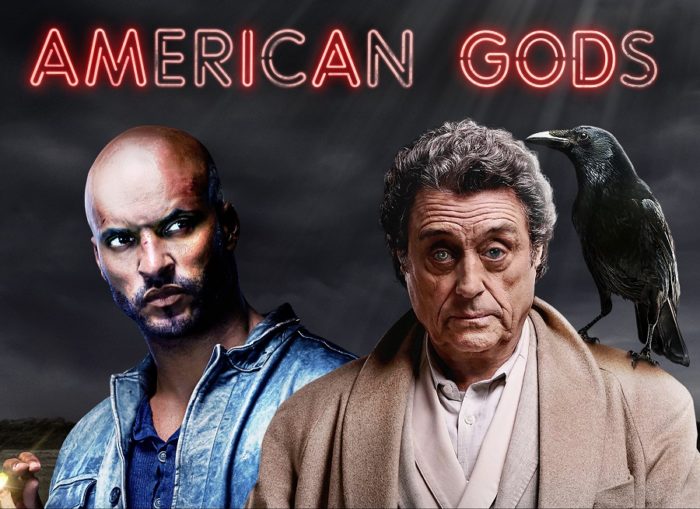 Heavens be praised, it’s finally March, which means one thing for fans of awe-inspiring telly: American Gods is back. Yes, the STARZ adaptation of Neil Gaiman’s epic novel has returned for a second season of war brewing between gods old and new. If that sounds like the end of the world, wait until you try Gregg Awaki’s new series, NOW Apocalypse, which arrives on Amazon Prime Video Channels, via STARZPLAY, after its premiere at Sundance.

Amazon’s original series, meanwhile, get a stylish injection of thrills from its new TV series Hanna, while there’s fun that’ll make you brick yourself from The LEGO Batman Movie. Here’s what’s coming soon to Amazon Prime Video UK in March 2019:

The fantastic Felicity Jones gets a chance to take the lead in this hugely enjoyable film about a snowboarder-turned-chalet-girl for a wealthy family. But don’t be fooled: this is more sports movie than rom-com, which makes it a welcome piece of character-driven fun. Think Bridget Jones on ice.

Amazon’s new Indian Original drama chronicles the lives of Tara (Sobhita Dhulipala, Goodachari) and Karan (Arjun Mathur, My Name is Khan), two headstrong wedding planners in Delhi. It portrays today’s India as a potent blend where tradition jostles with modern aspiration, set against the theme of the ‘Big Fat Indian Wedding’. With world class production values and a magnificent scale, Made in Heaven provides a grand cinematic experience of intricacies and the drama around upscale Indian weddings.

In Season 2, the battle between Old and New continues to brew as we join Mr. Wednesday just a few short hours after his declaration of war and the epic showdown that ensued at Easter’s party. While Mr. World (Crispin Glover) plans revenge for Wednesday’s attack, Mr. Wednesday continues his quest to pitch the case for war to the Old Gods with Shadow, Laura (Emily Browning) and Mad Sweeney (Pablo Schreiber) in tow. Still visually stunning and packed with mind-bending mythology, this adaptation of Neil Gaiman’s novel just gets more and more impressive. New episodes weekly.

Based on Joe Wright’s 2011 film, this eight-episode thriller is penned by David Farr (The Night Manager) and follows the story of Hanna (Esme Creed-Miles), a teenager raised in seclusion in the remote woods of Eastern Europe. Training to fight those who hunt her and her mercenary father, Erik Heller (Joel Kinnaman – The Killing), her survivalist skills are tested when she and Erik are separated upon their discovery by a rogue CIA operative, Marissa Wiegler (Mireille Enos) and her team of agents.

Everything is super-awesome as the LEGO version of DC Comics’ greatest hero (in his opinion) swings into action to save Gotham City from The Joker (voiced by Zack Galifianakis) and his latest army of mega-villains. Again. Reprising his role from The LEGO Movie, Will Arnett cements his status as the best on-screen Batman of all time.

The Kaboom director turns to telly for this new surreal comedy. It stars Avan Jogia (Twisted) as Ulysses, who is struggling to figure out his life in the bewildering city of Los Angeles. Kelli Berglund (Lab Rats) co-stars as Carly, Beau Mirchoff (Awkward) as Ford, and Roxane Mesquida (Kaboom) as Severine, all of whom are on quests pursuing love, sex and fame. Between sexual and romantic dating-app adventures, Ulysses grows increasingly troubled as foreboding dreams make him wonder if some kind of dark and monstrous conspiracy is going on — or if he is just smoking too much weed. Episodes arrive weekly at 9pm on STARZPLAY, which costs £4.99 a month for Amazon Prime members.

3rd March
The Lucky One