UK TV review: The Undoing | Where to watch online in UK | How to stream legally | When it is available on digital | VODzilla.co

Why The Undoing should be your next box set

Would you ever suspect Hugh Grant of committing murder? That’s the question at the heart of The Undoing, David E Kelley’s crime thriller for HBO and Sky Atlantic. Based on the 2014 novel by Jean Hanff Korelitz, the answer may be known by those who read the book, but the secret to the six-part mystery lies in its choice of leading man.

Grant plays Jonathan Fraser, an oncologist who is not only good at his job but also cares deeply about battling cancer and the patients whose lives he regularly saves. But his apparently noble personality and drive is called into disrepute when his wife, Grace (Nicole Kidman), discovers that he’s been unfaithful – and that the woman he was unfaithful with, Elena (Matilda De Angelis), has been found dead.

Grace, a successful psychologist, begins to look into the case, while also being questioned by the police herself. What ensues is a typically twisting affair, one in which almost every person we meet could be a suspect. Was it Grace, after she found out about Elena and Jonathan? Was it Elena’s husband, after he found it? Was it Henry (Noah Jupe), their son who briefly glimpses Jonathan and Elena together? Or Franklin (Donald Sutherland), Grace’s rich, powerful and protective father?

Each episode feeds a different culprit, with the fact that they’re typically privileged and well-off making their lack of morals and compassion plausible – this isn’t a show where we grow to love any of the characters, just enjoy framing them as suspects to see how neatly they fit. As a result, when the answer does come, it doesn’t give us quite the shock that we want it to the biggest surprises tend to be a result of illogical character decisions, rather than any masterful plotting. Scenes unfold where characters play each other at chess while discussing strategy, or people look suspicion on CCTV – subtle, it ain’t.

And yet the cast are so committed to this parade of terrible people that The Undoing’s an undoubtedly entertaining watch. Kidman’s increasingly wide-eyed and tumultuous presence brings an unpredictability to the desperate, confused yet determined Grace, while Donald Sutherland glowers with the best of them as the unseen patriarch pulling the strings. Noma Dumezweni, who impressed on stage as Hermione in Harry Potter and the Cursed Child, sinks her teeth into the role of Jonathan’s defence lawyer, and the courtroom scenes that inevitably provide us with a climax are fun to watch, as the lawyer questions everyone from Jonathan to Elena’s son.

But this is Hugh Grant’s show, and the main reason to watch The Undoing is seeing him carefully tread the line between nice guy and possible suspected sociopath. Like A Very English Scandal and Paddington 2, Grant clearly enjoys playing someone against type – someone who may or may have something to hide – and brings oodles of charisma to a role that could have been thankless. It’s no coincidence that the episodes where he’s more absent are the weaker ones, and it’s certainly no coincidence that he gets the best speech of the show in the final episode, in which it begins to find its emotional clout – or, crucially, it’s chilling lack thereof. The result isn’t overly demanding television, but for a short binge on a dark winter’s night, The Undoing does just enough.

The Undoing is available on Sky Atlantic. Don’t have Sky? You can also stream it on NOW, for £9.99 a month with no contract. For the latest Sky TV packages and prices, click the button below.

The Undoing “biggest US launch” on Sky Atlantic 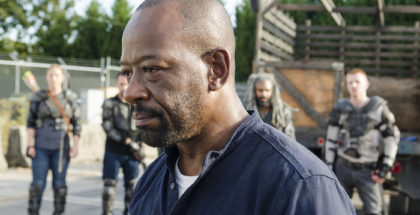 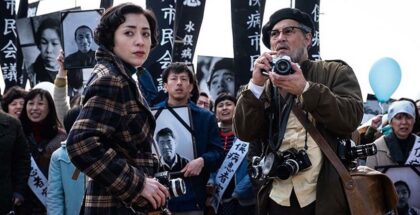