This detective mystery doesn't volley you with revelations and dead bodies, but when Match Day shoots, it certainly scores.

With Walter Presents now one year old, its first 12-month tour of global TV makes it clear just how diverse the site’s line-up is. From Israeli rom-coms to German spy thrillers, there’s something for everyone. That’s clearer than ever by looking back at one of its first shows from last January: Match Day.

The French drama bucks most of the trends you can think of. It’s set in Arcanville, instead of the usual Paris. It stars a female detective – Alex (Judith Davis) – rather than the more traditional (pre-Sarah Lund, at least) male. It’s a three -parter, rather than your more conventionally hefty box sets. And it’s based around football. Yes, football. Walter Presents has embraced the sport before, with its entertaining Brazilian World Cup-themed Son of a B***, but it’s much rarer for serious drama to transfer in sporting storylines.

While football may seem an odd choice, though, it turns out to be a natural fit for a crime series: it’s a world full of as much politics and corruption as the shady arena of banking or pharmaceuticals, but with added physical contact. Alas, poor Yorick (Arthur Jacquinn) – a fan of RCA, the local team at Arcanville – finds himself a victim of that physical contact, as he is stabbed in the stands at a crucial match that sees the team escape relegation by the skin of their teeth. Why does the death of a fan interest our hotshot Parisian detective? Because Arcanville is Alex’s hometown. And her sister, Mathilde (Olivia Ross), is the main suspect.

And so she inserts herself into the police investigation, pretending to shadow young cop Jessica (Nina Meurisse), but frequently going off on her to find things out, as well as pointing out all the things that the local officers should have noticed. Needless to say, it doesn’t go down well: “If you phone the lab and pretend to be me again, I’ll break your neck,” warns Jessica.

Her relationship with Mathilde isn’t much better, partly due to the marital problems her sister’s going through with her husband. There is romance, of sorts, as Alex begins a fling with footballer Nicolas (which inevitably gets in the way of her own investigation), but the result is a central trio of complex female characters who get the chance to interact constantly without needing to discuss blokes or boyfriends. Match Day’s even more admirable in the way that it devotes time to homosexual characters, teasing out a tender relationship between the late Yorick and his partner, Alan (Theo Cholbi).

Tenderness, though, is soon tainted by some nasty hidden secrets involving an underground club that’s even dodgier than the business going on at footballing’s top level – a note that really does give the story a shocking edge. It’s no surprise, of course, that the club should have some suspicious practices in its board room – and not just because of the scandals that have graced real life headlines in the last two years – but Match Day’s intrigue comes from how the twisty, thorny web of deceit impacts Alex and the others in the ensemble. With her dad, Franck (Christophe Kourotchkine), as the coach of RCA, the narrative web is inescapably an emotional one too, and writers Virginie Sauveur, Raphaelle Roudaut, Clara Bourreau weave their way through that balance like David Ginola in his prime. One of the best scenes involves Alex trying to convince Alan to stay in town and help with the investigation, a conversation that carries weight because of the sadness and sincerity on their faces, rather than the actual evidence being laid out on the pitch.

The location adds to that intimate feel, with the grey, open skies a world away from the busy rush of an urban detective and closer to a brooding Scandi noir. Sauveur, who also directs, also subtly keeps the focus away from the footie by replacing potentially distracting sporting set pieces with an evocative montage of close-up photos. The result isn’t the fastest or most gripping thriller, but rather a family drama that’s dribbled along with a measured, controlled pace by a nuanced cast (who are all good-looking enough to be stars of the footballing world in real life). This detective mystery doesn’t volley you with revelations and dead bodies, but when Match Day shoots, it certainly scores.

All episodes of Match Day are available to stream exclusively for free on All 4’s Walter Presents.

BAFTA Rising Star Nominees 2017: Where you can see them in action on Netflix and Amazon 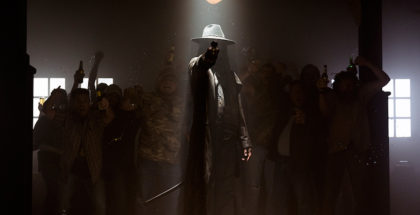 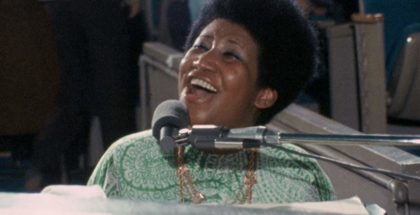 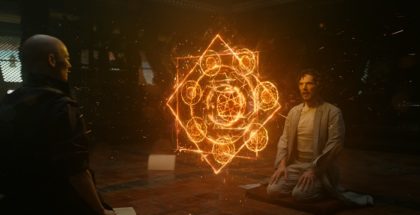