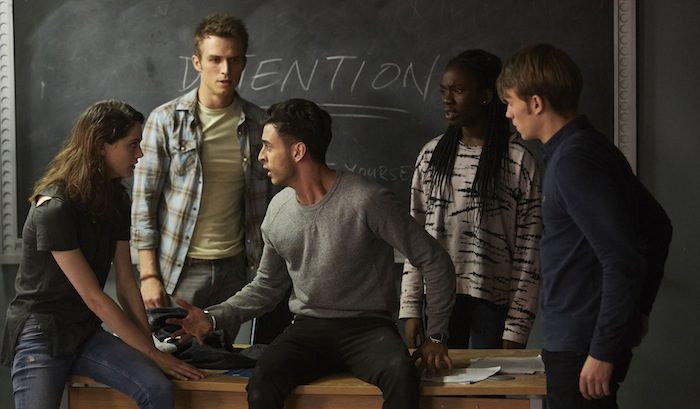 A simple premise in a confined space gives us the first Class original.

This is a spoiler-free review. Read on at the bottom for spoilers. Not caught up with Class? Check out our reviews of the show so far here.

Any UK genre show with episodes that are intensive on visual effects or action will inevitably have to get around to “the cheap one”. In the best case scenario, a lower budget will force writers to be more creative. After a deeply dippy two-parter, Detained is a breath of fresh air for Class.

Set in just one room, this bottle episode begins with Charlie getting all indignant as Miss Quill puts him into detention for minor lateness, and then being perplexed when his fellow detainees are April, Ram, Tanya and Matteusz. But when one of those pesky cracks puts their classroom in the path of an oncoming meteor, their scholastic prison cell is propelled into a void from which there is seemingly no escape. Suspicion immediately falls upon Quill and emotions are running high, even before a fragment of the meteor starts messing with the intrepid students’ heads.

Six episodes in, we’ve finally got what looks like a Class original, as savvy to the tropes of its genre as any of the episodes that have gone before and without a winking homage to anything else in particular. This plonks four of the five top-billed regulars (and Jordan Renzo’s Matteusz) in a single setting and grills them psychologically, to tremendous effect.

In part, it might feel novel because school life itself has felt incidental for much of the season up until now, considering that the show is called Class. But projecting galactic stakes onto a Breakfast Club-style detention setup also gives us several of the best dramatic moments of the series so far, and never more brilliantly than with Charlie and Matteusz.

We’ve been harsh but fair on the characterisation of Charlie up to this point, but this lends some much-needed context to the way in which he behaves. Greg Austin continues to carry himself with guileless nobility, but Charlie, an alien, is affected differently by the events of this episode than the other characters. Even though it’s a claustrophobic setting, Ness makes asides for Charlie and Matteusz that give us far better insight into both their characters and their intense, but fragile relationship than we’ve had to date.

Also in the spotlight are April and Ram, who have gone through a lot in the last couple of weeks, but are now seriously put to the test when they’re being honest with themselves and each other. Sophie Hopkins and Fady Elsayed are great as ever and they play the heightened emotion of this one very well, allowing for more relatable developments from the characters’ awkward attempts to categorise themselves in previous episodes.

With Vivian Oparah’s equally strong performance as Tanya, who is more obviously the kid of the group here than before, you can see that the script serves to amplify what we’ve learned about each character, just the same as the mysterious bit of space debris amplifies negative emotions, such as guilt and anger. There are some wacky physics in play alongside the usual weird science, but the simple idea at the heart of this one – that the truth hurts sometimes – proves to be more than enough to sustain it.

Following the disappointing and overly serious Shadow Kin two-parter, Detained is Class at its best, plunging the group into a situation where the intensity of their relationships with one another works hand-in-hand with the relatively short time they’ve known each other to wreak emotional havoc. The students all know themselves and each other far better at the end of the episode than they did at the start and, unlike a grateful audience, they might not be glad of what they find out…

– “How bad would you have to be to be put in a prison in space?” This is far from the first space prison we’ve seen in the Whoniverse – 2011’s The God Complex also featured a prison specifically designed to repel visitors in such a way that the inmates could actually exploit to their own advantage. The Prisoner (voiced by Ferdy Roberts) is fairly loosely defined, but he leaves what ought to be a lasting impression on the now-divided youngsters.

– Further to April and Ram’s relationship, she doesn’t love him as much as he loves her. As with the boys, they’re both extremely well-realised – April’s trust issues come naturally out of what we know about her dad, while Ram’s broken heart is easily mistaken for a bruised ego when tensions run high, especially after he reverts to his laddish form. We’re rooting more for those kids now than we were last episode.

– Don’t get in Tanya’s bad books, or she’ll call you an “airbag” (in a good way) or “a big Polish giraffe” (not in a good way, but let’s not sniff at Matteusz’s self-professed perfect proportions). Meanwhile, Charlie’s genuine upset, next to the gulf between how each of the human characters reacts, is the making of him as a Rhodia and the chilling epitaph “You are my murderer” underscores the emotional toll of this story.

– We enjoyed Ness’ pointed literary critique of CS Lewis through Matteusz’s wonderful monologue about the weakness and strength of friendship. He’s totally right – that’s really not a good enough reason for Susan to get locked out of heaven. Check your privilege, Aslan.

– What on Earth (or off it, as the case may be) has Miss Quill been up to? Returning to save Charlie’s backside in the final moments of the episode, with longer hair, a nasty scar across her eye and no Arn in her head, she’s clearly had a busy day. As The Prodigy’s Invaders Must Die blares from the cliffhanger through the Next Time trailer, the ending marks this one as a two-parter of a different sort than we’ve ever seen before – we’ll find out What Quill Did next week… 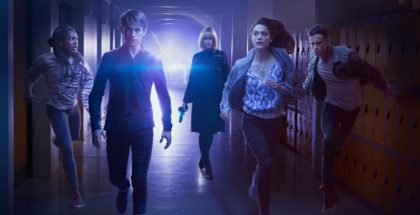 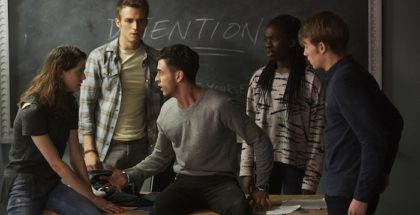 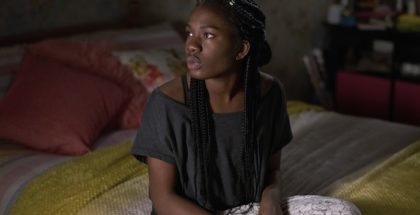 Everything we know about Doctor Who spin-off Class... October 17, 2016 | Staff Reporter 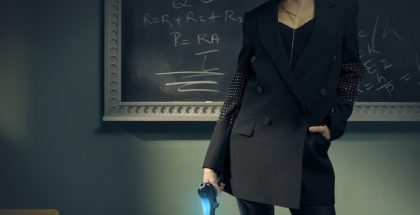