VOD TV review: The Flash Episode 6 (The Flash Is Born) | VODzilla.co | Where to watch online in UK

VOD TV review: The Flash Episode 6 (The Flash Is Born)

Villain of the Week

Solid entertainment, but we know the show can do more.

During Smallville’s entire 10 season run, Clark Kent never adopted the name Superman. Instead, that superhero show elected to call him ‘The Red Blue Blur’ – and then just ‘The Blur’ – once our young Man of Steel began to get more showy with his heroic acts in the latter seasons.

As hero names come and go, ‘The Streak’ isn’t much better, so it’s great to see The Flash having Barry take on his famous codename so early. That said, The Flash Is Born comes up a little short when compared to the show’s previous episodes.

The focus of this hour is the conflict between Team Barry and Girder, another douchebag affected by the particle accelerator. We mentioned last week how refreshing it was to have our hero form a connection with someone affected by the accident who wasn’t already a villain-in-waiting, so this episode feels like a backward step. With that said, the show does try and establish a relationship of sorts between Barry and his latest antagonist by having Girder be Barry’s grade school bully. We get what they are going for here, but it doesn’t quite work; for one thing, this leads to a series of painfully cheesy moments. For another, the writing is terribly unsubtle and even more predictable than usual.

Thankfully, the visual effects maintain their high quality – even if Girder’s aesthetic looks very similar to Carl Creel, whose debut on Marvel’s Agents of S.H.I.E.L.D. is still fresh in the mind – and the way in which Barry ultimately resolves the rivalry is just as awesome as it’s built up to be.

The other major thread of The Flash Is Born is that of Iris – who is also on voiceover duty this week – and her continuing fascination with Barry’s alter-ego. Though well-acted by Candice Patton, the character still irritates in that the writers haven’t clued her in to Barry’s secret. The show is running out of excuses with each passing episode, too – wouldn’t she be safer if she had a superhero on speed dial, who could be by her side in a [insert bad pun here]? This episode is a golden opportunity to do just that, as much an Iris-centric episode as we’re likely to get this season, and yet she’s still clueless. (Still, we’d be remiss not to mention that Iris does get her moments to shine. When they come, they are effective.)

The Flash has set high standards for itself in its opening season so far, and though some of the previous hours have contained filler elements, none of them have recognisably felt like filler. The same can’t be said for The Flash Is Born. Although it is still solid entertainment, we know the show can do more.

As if to prove it, the series has been making better and better use of its episode-ending teasers. This week’s edition is a doozy: hopefully, we won’t have to wait too long to see The Flash lock horns with his opposite.

The Flash is available to watch online on NOW TV, as part of a £7.99 monthly subscription – no contract. Sign up before 27th September and new customers will only pay £1 for their first month.

Pick up and play? The Castle of Cagliostro: Studio Ghibli’s first video game

Trailer: Agatha Raisin and the Quiche of Death arrives on Sky 1 on Boxing Day 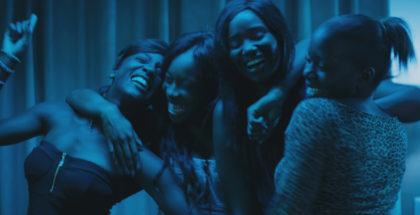