VOD TV review: Agents of S.H.I.E.L.D. Episode 5 (Girl In The Flower Dress) | VODzilla.co | Where to watch online in UK

We’re into the fifth episode of Agents of S.H.I.E.L.D. but it feels like the order of the episodes got confused. This week, the location of one of the powered humans on S.H.I.E.L.D.’s “index” is leaked by Skye’s ex-boyfriend, and current member of Rising Tide, Miles. This means that Skye’s allegiance once again comes into question and when she’s caught in bed with him… well…

Why this feels out of place is because Skye seemed to stake her flag firmly in the S.H.I.E.L.D. camp early on and since then, it’s been team bonding all the way. This shift seems far too soon, especially with a whole season ahead – the good girl/bad girl routine could get tiresome quickly.

After hearing a sob story the likes of which you’d see on X-Factor, Agent Coulson allows Skye to keep her place on the team, but forces her to wear a bracelet, a high-tech version of the common police tag. Will this help her tow the line or make her rebel against “the man”?

Meanwhile, we start pulling the other strings of the show slowly together. The villain of the week is a pyrotechnic street performer, captured by Centipede and given the name Scorch. He is used as a lab rat for Centipede to perfect their super-soldier serum, only to go rogue on Coulson and May. Then, we meet the doctor from the pilot episode and learn that she’s working for a higher power. This higher power is a mysterious woman in a flower dress and she, in turn, is working for an older gentleman, who is currently incarcerated. Finally, we have a story arc to combine these episodes together; it might not be Hydra, but Centipede should have legs to carry this season.

There have been far less references to the wider Marvel universe in these past couple of episodes and the series has been all the stronger for it, but on a whole, the level of dialogue has slipped away from the wise-cracking wittiness of the opening couple of weeks. This is, in part, due to Joss leaving the writing room, but it’s something that could be easily rectified.

It’s Episode 5. The set-up is over. The story has been set. The group has bonded. Now, it’s time for Agents of S.H.I.E.L.D. to step it up a notch. Not all heroes are super, but all episodes need to be. With a common threat now established and given a motive, the rest of the season should hopefully write itself. 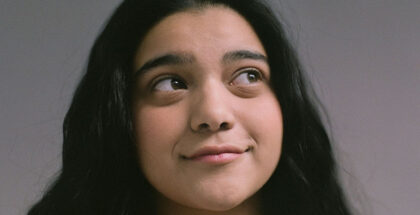