Netflix UK film review: Us | VODzilla.co | Where to watch online in UK | How to stream 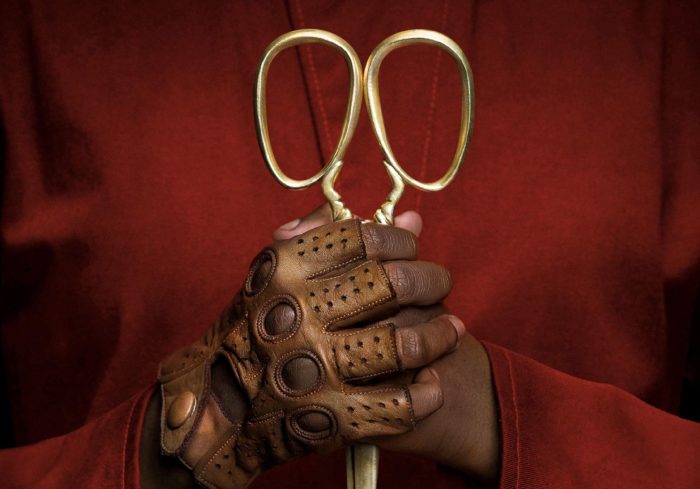 Jordan Peele’s ambitious follow-up to Get Out is a creepy invasion thriller with a killer turn from Lupita Nyong’o.

”There are thousands of miles of tunnels beneath the continental US…” begins Us, Jordan Peele’s follow-up to Get Out. A film that deftly dissected racial tension, identity, appropriation, prejudice and exploitation in modern America through the lens of romantic comedy and razor-sharp satire, Peele’s feature debut was a masterpiece that balanced laughs and terror with ease. Us aims to do the same thing, but even more so, and that ambition is exhilarating, if occasionally a little overwhelming.

Us, like Get Out, is an exercise in picking apart the fabric of American society, which, like that introductory title card, concerns itself with history as well as contemporary life; it’s a bedtime story that mines its fears in the conflict between the present surface and the buried past, between who we say we are, who we aspire to be and who we really are underneath.

It’s rooted, once more, in a family unit where things aren’t quite normal. Lupita Nyong’o plays Addy, who is heading off on holiday with husband Gabe (Winston Duke) and their two kids, Zora (Shahadi Wright Joseph) and Jason (Evan Alex). Arriving at their California rental, everything is sunny and bright – but Addy’s growing paranoia that something bad is about to happen is suddenly, shockingly justified, when out of nowhere appears a family that’s apparently their mirror image.

To say much more would be to spoil the resulting fun, and there is fun to be had, of the finely tuned genre kind; wielding scissors and wearing red overalls, these other halves make their presence known quickly and violently. Peele is a master at directing scary set pieces, his comic timing matched by his metronome-like knack for pacing suspense, as the superficial harmony of middle-class vacations lurches unexpectedly yet inevitably into bloody disorder.

The eerie nature of the doppelgängers is haunting enough, and the cast bring their doubles to life with a menacing, alien vibe that becomes less inhuman the more we see of them. At the heart of both groups, Lupita Nyong’o delivers a remarkable performance, ticking through her movements with a clockwork creepiness that echoes Peele’s own rhythm – her two roles are wonderfully, horribly distinct, even as they blur together, and much of the film’s unnerving fascination lies in simply watching her in motion.

And yet, by the time the final act arrives, there’s a feeling that Peele’s message hasn’t quite clicked into gear. There’s an underlying hint of class conflict, of public and private selves at war, of disenfranchisement and privileged society, of the inherent terror of The Other – an unknowable, malevolent force that’s existentially always just to the edge of the frame, waiting to take what’s yours. But which of those threats looms largest depends more on what you bring to the film than what’s readily available – the movie’s distracting final minutes make Us less satisfying and less neatly formed than Get Out, but still leave you burrowing, days after, into the rabbit holes of meaning that lurk out of sight.

Us is available on Netflix UK, as part of an £8.99 monthly subscription.

Where can I buy or rent Us online in the UK?

VOD film revew: The Big Bad Fox and Other Tales