Netflix UK film review: The Theory of Everything | Where to watch online in UK | How to stream legally | When it is available on digital | VODzilla.co

Netflix UK film review: The Theory of Everything

Eddie Redmayne is remarkable in this winning, if unoriginal, biopic of Stephen Hawking.

The Theory of Everything is a film that is almost impossible to separate from awards. That’s partly because awards bodies love films about real people, almost as much as they love films about people overcoming physical or psychological hurdles. It’s partly because the movie arrives hot on the heels of The Imitation Game, which only emphasises the formula shared between them.

“Wouldn’t that be nice, Professor?” says the young Stephen Hawking at university. “One simple, elegant equation to explain everything?” It’s a notion that the film itself seems to embrace, as Hawking’s story struggles to find elegance through the rigid, logical rules of cinema.

The variable that makes this theory work? Eddie Redmayne. His turn is completely transformational, moving beyond mere imitation to something sincerely moving: it’s like watching Stephen Hawking himself. Given how recognisable his voice and appearance are, that’s no mean feat. But far from the familiar surface, it’s the little details that convince: Redmayne’s eyes are constantly darting left and right, a little smile playing on his lips.

That’s perhaps the most surprising thing about The Theory of Everything: its sense of humour. Stephen is soon diagnosed with Lou Gehrig’s disease and told he has not long left. As he continues to live on and on, though, he does so without losing his joker side, cracking one-liners and playing tricks with a engaging mischief. That helps Anthony McCarten’s script to balance the light and dark, hitting the biopic beats without becoming too bogged down.

The other key element in the equation is Felicity Jones as his wife, Jane. Helped by a screenplay based on her own book, Jones elevates what could have been a supporting role into a second lead: their relationship, which consumes Jane’s life as she cares for her husband, proves as tragic as it is delightful. Her sympathetic turn prevents the movie from becoming a bland hagiography, paying as much attention to Hawking’s womanising ways as his mental genius.

Director James Marsh adds some welcome flourishes, as a magically-lit university dance sees laundry detergent become a visual metaphor for stars in the universe, but it’s his documentary nous that helps, moving out of the way to keep the focus on the cast; one shot of Hawking, crawling like a toddler to comfort his child, is heartbreaking, while the chemistry between Jones and Charlie Cox as Jonathan, a choir master who helps around the house, brings significant depth to the narrative’s second half.

The result is an uplifting, if at times unremarkable, showcase for an Academy-worthy performance. Even months after Oscars season, The Theory of Everything remains almost impossible to separate from awards. That’s partly because awards bodies love films about real people. It’s partly because it’s similar to The Imitation Game. Fortunately, though, it’s also because it’s good.

The Theory of Everything is available on Netflix UK, as part of an £9.99 monthly subscription, from 12th July 2019.

Where can I buy or rent The Theory of Everything online in the UK? 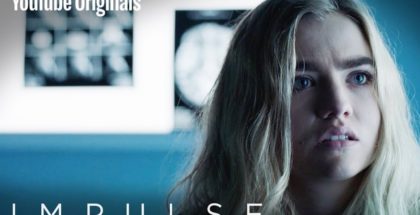 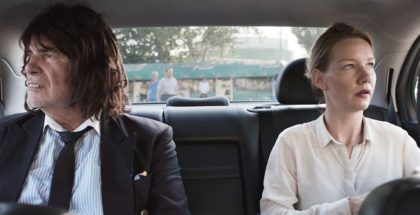