“Believe nothing of what you hear and only half of what you see,” warns Dr. Lamb (Kingsley), when Dr. Edward Newgate (Sturgess) arrives at Stonhearst Asylum to be his apprentice. It turns out to be sound advice, as we descend into the madhouse, which is full of eccentric patients and equally eccentric doctors.

Lamb’s methods turn out to be unorthodox, allowing the insane to act out their delusions with minimum medical interference. “Why not cure him?” says Edward, faced with a man who thinks he’s an Arabian stallion. “And make a miserable man out of a perfectly happy horse?” comes the reply.

That question of who’s lost their marbles and who’s still got them looms over the whole building. With half those behind bars merely embarrassments for rich families, what does that mean for the Earl who thinks he’s a teapot? Or the extremely lucid Michael Caine locked up in the basement?

The suggestion that the mad people have taken over the asylum is nothing new in the genre – the fact that Joe Gangemi’s screenplay is based on an Edgar Allan Poe short story (The System of Doctor Tarr and Professor Fether) comes as little surprise. But Gangemi’s plot, which uses Poe’s source as a springboard, jumps into the time-honoured vein with infectious enthusiasm – an attitude shared by this B-movie’s absurdly star-packed cast.

Caine shouts orders like a man possessed by Michael Caine, David Thewlis hams it up like pork supplies have suddenly become endangered as violent groundskeeper Mickey Finn, while Kate Beckinsale offers a welcome contrast to the ghoulish men as the beautiful Eliza, whose piano playing seems to cure her hysteria, as well as enchant Sturgess’ sympathetic, bespectacled Edward. The ringmaster of it all, though, is Sir Ben Kingsley, whose own back-story unfolds under his chilling, intimidating stare.

The ensemble are surrounded by a wonderfully Gothic set, all fantastic rooms and dramatic stairwells, which director Brad Anderson brings to life with blue-and-orange-steeped style. It all waltzes along with a vaguely knowing wit, which manages to be both trashy and tense in equal measure; a Danse Macabre of the dumb and the delightful.

As therapeutic revelations build to a surprising (and surprisingly gripping) final act, the increasingly wild script veers from lucid to ludicrous – a balance kept in check, or kept free from scrutiny, by Sturgess and Beckinsale’s distracting romance. “Believe nothing of what you hear and only half of what you see,” warns Dr. Lamb with a self-aware grin. If you thought Shutter Island was too heavy-handed, this light-on-the-brain romp is fantastically entertaining. Believe it.

VOD film review: A Pigeon Sat on a Branch Reflecting on Existence 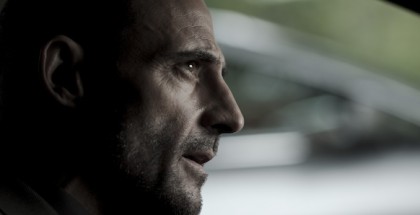