VOD film review: The Descent | VODzilla.co | Where to watch online in UK

One of the scariest horrors of the last 30 years, Neil Marshall's descent into hellish darkness is terrifyingly simple - and simply terrifying.

Today, Neil Marshall is perhaps best known for his superb work on the small screen, helming the Blackwater and Watchers on the Wall episodes of Game of Thrones, as well as Watchers on the Wall, Westworld and Hannibal. But Marshall has always excelled at smaller scale stories that leap to larger heights. After grabbing everyone’s attention in 2002 with his witty low-budget werewolf flick Dog Soldiers (featuring Liam Cunningham, no less), he helmed this breakthrough horror, a descent into fear that put his star firmly on the rise.

The film’s premise is devilishly simple: a group of women go caving, but end up trapped underground – and find that they’re not alone. What follows is a nerve-jangling, gripping, terrifying experience, one that simply refuses to let up for 100 minutes.

Building on his genre smarts displayed in Dog Soldiers, Marshall proves beyond a doubt that he knows just the right buttons to push to make us jump, twitch or scream, largely by doing the same to his six protagonists. Led by Shauna Macdonald’s Sarah and Natalie Mendoza’s Juno, we watch as one becomes increasingly fraught and the other increasingly dangerous to the rest of the group. The gang’s chemistry is believably frayed, as the stress of survival draws up old grudges and fresh aggression – a social dynamic that’s inevitable as the bloodshed waiting in the shadows.

That’s where The Descent really excels: with a cast and script just human enough to engage, Marshall leaps into the monstrous horror of the scenario without looking back. The claustrophobia is suffocatingly intense, thanks to the exemplary sound design conjuring up scraping, snapping terrors we can’t see and the buckets of blood dripping off the walls that we can. Underpinning it all is Marshall’s understanding of negative space, repeatedly using the darkness to keep us trapped in the unknown. Flares, torches and night vision help us to follow events, but Marshall is confident enough to leave most of the screen completely blank, knowing that when it comes to scaring the bejesus out of an audience, less is more. One of the best horrors of the last 30 years, he’s left us wanting more ever since.

Where can I buy or rent The Descent online in the UK?

Where can I watch the original Alien movies online in the UK? 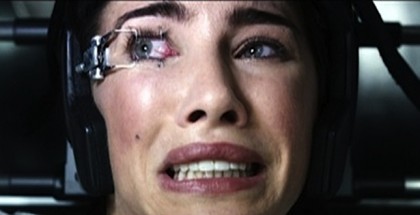