VOD film review: Pan's Labyrinth | Where to watch online in UK | How to stream legally | VODzilla.co

Perhaps the biggest surprise in the BBC’s 2016 survey of the 21st Century’s best films was the absence in the top 100 of The Lord Of The Rings. 10 years ago, it’d have been a dead cert for polls of modern classics. Then again, 10 years ago we were only just finding out about the magnificence of Guillermo Del Toro’s Pan’s Labyrinth. Ever since, Peter Jackson’s Tolkien epic has been playing catch-up. Check the BBC list: yup, Pan’s Labyrinth is there at #17, nestling higher than any films by popular masters like Christopher Nolan, Martin Scorsese or – you guessed it – Jackson.

Why exactly has Pan’s Labyrinth held up so well? The key word is immersion. Del Toro thrills us so thoroughly because he’s gone deep into his own imagination; famously, this film was based on images he’d doodled in notebooks over the course of 20 years – a real-life Neverending Story. Allied to that, though, is a keen sense of what makes fairytales work, and how to reconnect these ancient fables with a medium that rarely can see beyond the opening weekend. Building on the promise of Del Toro’s earlier Spanish Civil War ghost story, The Devil’s Backbone, here’s a film that maps out an entire nervous system for the director’s vision.

Fairytales have always had an undercurrent of darkness. Far from being charming tales to keep kids entertained, they were originally designed as harsh moral fables that delivered stark warnings to children and adults alike on how to live their lives and avoid damnation. Gradually, of course, they have been Disneyfied to act as escapist panaceas against the horrors of real life, rather than as mirrors to them, but the element of horror has never truly left.

Pan’s Labyrinth takes the genre back to basics by explicitly linking the supernatural, surreal realm of the fairytale to the brutal, uncaring real world. Like Spirited Away – ironically, a film that placed higher than Pan in the BBC survey – it’s the story of a girl, Ofelia (Ivana Baquero), away from home and virtually alone, who discovers an underworld of mythical creatures. Yet Del Toro’s is an altogether more mature conception that looks on childish fantasies from a sober, sombre perspective of adulthood.

The trick is that Del Toro doesn’t immerse us in the fantasy world but allows it to run parallel to the grown-up plotline involving Ofelia’s tyrannical, fascist stepfather, Captain Vidal (Sergi López), and his battle with freedom fighters in the Spanish Civil War. It’s a risky gambit, as the two shouldn’t really work together at all. Yet Del Toro’s conviction, and a staggeringly sure grasp of tone, keeps things fluid. In fact, both narratives are equally strong and it’s a matter of opinion as to which is the other’s subplot.

The war sequences have an unflinching brutality – this is a world where both sides think nothing of putting a bullet into a corpse’s head just to make certain. But it’s clear where our sympathies should lie, thanks to López’s all-too-real monster, a career soldier hung up on his father’s honour in the pursuit of the enemy. In the process, he’s become a poster boy for fascism – meticulous, efficient and psychopathic – and the motor for the bleak tragedy that unfolds.

Against this carnage, Del Toro puts Ofelia, a girl lost in grief and imagination. There’s a pleasing ambiguity as to how much of what she perceives is real, as the other characters see only the tangible, peripheral details, but Baquero’s defiantly matter-of-fact performance stops things descending into whimsy. Besides, this is far from sweetness and light. Del Toro cleverly uses the fantasies to reflect what’s going on above ground. The faun, camouflaged in its hidden den, resembles the revolutionaries who spring up unnoticed in the forests, while the Pale Man, the monster Ofelia confronts, with its wounded body and grotesque parody of a face, echoes the very real mutilations inflicted elsewhere. And, of course, the dual casting of ace monster-man Doug Jones suggests that the two creatures are two sides of the same character.

The film is a real coup, visually, with an earthy, visceral look that places Del Toro in that rare subset of European directors who can compete with the big budgets of Hollywood when it comes to bringing something new to the screen. [And, incidentally, capable of realising his dreams without copious CGI: Oscars for Art Direction, Cinematography and Makeup were well-deserved.] Then again, Del Toro is an effortless and enthusiastic shuttler between the mainstream and the art-house and doesn’t see any distinction between the two.

Del Toro hasn’t ever quite matched the perfect balance he achieved here. Hellboy 2: The Golden Army is easily one of the most visionary films to come out of Hollywood this century, but it’s an unabashed fanboy film – not really one for the critics to clutch to their heart. Meanwhile, the underrated Crimson Peak showed staggering élan in its commitment to Gothic romance but this very private movie was too close to Del Toro’s heart to connect with larger audiences.

Against these, Pan’s Labyrinth is that rare film that appeals to both houses. It is nuanced and provocative in its study of idealism and childhood, but uncluttered in its storytelling and bold in its imagery. Sorry, Hobbitses. Its status as the century’s defining live-action fantasy isn’t going to end any time soon.

Pan’s Labyrinth is available to watch online on Amazon Prime Video as part of a Prime membership or a £5.99 monthly subscription. It is also available on Sky Cinema. Don’t have Sky? You can also stream it on NOW, as part of an £11.99 NOW Cinema Membership subscription. For the latest Sky TV packages and prices, click the button below.

Where can I buy or rent Pan’s Labyrinth online in the UK? 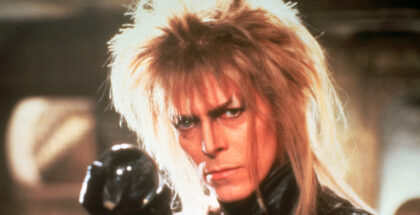 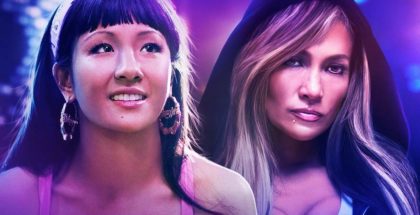