VOD film review: Night of the Living Deb | Where to watch online in UK | How to stream legally | VODzilla.co 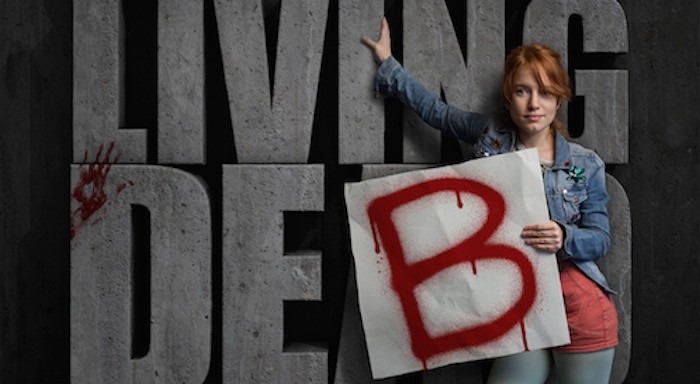 A welcome addition to the zom-com genre with a star-making central performance from Maria Thayer.

Written and directed by Kyle Rankin (who genre fans may remember as the director of Infestation), Night of the Living Deb is a charming and sweet rom-com set during a zombie apocalypse with a star-making central performance from Maria Thayer.

Set in Portland, Maine, on the eve of the 4th of July weekend, the film stars Thayer as ditzy redhead Deb Clarington, a news camerawoman at the local TV station, who’s encouraged by her plus-sized best friend (Julie Brister) to hit on an attractive guy she spots in a bar (Ryan – Michael Cassidy). After a drunken night, Deb wakes up in Ryan’s apartment and is ridiculously pleased with herself, only to come crashing down to earth when Ryan tells her that last night was a mistake and politely throws her out.

However, Deb’s Walk of Shame is crudely curtailed when it turns out that there’s a full-on zombie apocalypse on the streets of Portland. Effecting an escape and attempting to ignore the awkwardness of their situation, the pair head to the home of Ryan’s water company tycoon father, Frank (the increasingly ubiquitous Ray Wise), who may or may not be responsible for the outbreak, where they also meet up with Ryan’s angry fiancée, Stacy (Syd Wilder) and his gung-ho brother, Chad (Marquette).

Graduating from comic supporting player (in the likes of Forgetting Sarah Marshall) to deserved lead, Thayer is utterly adorable as Deb, displaying terrific comic timing and buckets of charm in a warm-hearted, energetic performance that should hopefully land her more mainstream gigs in future. By contrast, Cassidy makes an appealing comic foil for Thayer, and they spark off each other nicely, while Wise is on top sleazy form as Frank and Marquette conjures up some crude laughs as Chad.

Rankin’s witty script crackles with great lines and, like Shaun of the Dead before it, gets plenty of comic mileage out of knowing genre references; for once, this is a zombie movie where characters have actually seen zombie movies, so there are attempts to establish whether or not the zombies are the kind that can run, and arguments about the statistical unlikelihood of getting a zombie virus from a bite. There are also a number of very funny visual gags, most notably a TV station colleague whose botoxed-to-hell face renders her a rather inexpressive zombie.

The film flags a little in the middle, once the other characters are introduced and Deb is no longer centre-stage, but it rallies for an enjoyably silly climax. Similarly, Rankin opts to weight the gore / humour balance in favour of the former, while still including enough gloopy moments to keep horror fans happy.

Night of the Living Deb is available to watch online on Amazon Prime Video as part of a Prime membership or a £5.99 monthly subscription.

Where can I buy or rent Night of the Living Deb online in the UK? 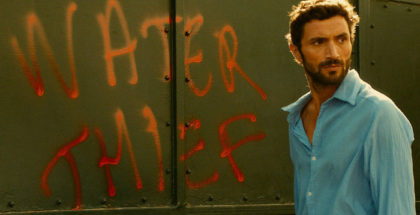 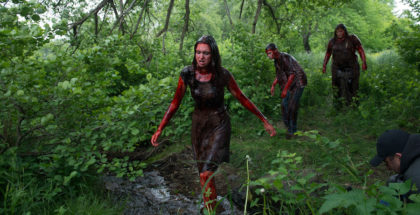 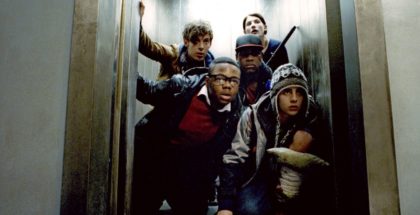