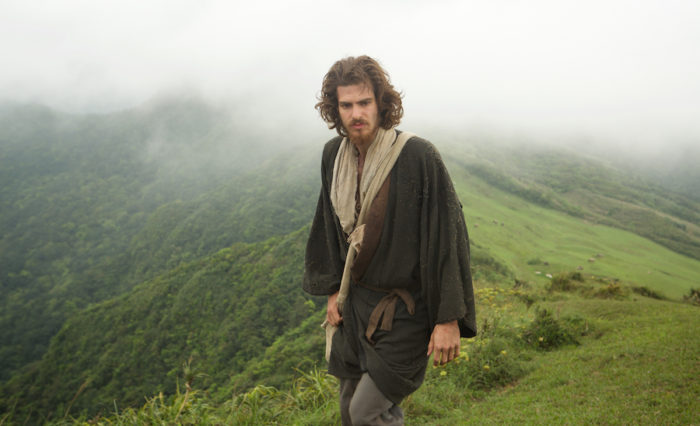 This scorchingly personal epic is a quietly towering study of faith and doubt.

Watching The Wolf of Wall Street is enough to make anyone crave a little restraint. What, then, does it do the person directing it? Silence is the answer, as Martin Scorsese goes from the garish, greedy corridors of big finance to the monastic strains of existential suffering in 17th century Japan. From excess to sacrifice; loud to near-absolute quiet.

“Christ is here,” says young Father Rodrigues (Andrew Garfield), a Portuguese priest on a mission with Father Garupe (Adam Driver). “I just can’t hear him.” We perhaps never do, as Scorsese opens his grim, dour epic on the rising tide of buzzing insects in the Japanese words, which give way not to the voice of God, but Liam Neeson, aka. Father Ferreira, who is reported to have renounced his faith and gone native.

The two padres refuse to believe the rumours and so they head to Japan to find him, bring him back to the light, and spread the good word in the progress. The result is less Apocalypse Now and more Aguirre: Wrath of… well who? – a journey into a heart of darkness that feels scorchingly personal, with the kind of fiery fury that gave The Departed its sting. The historical period is shot by the veteran filmmaker with a misty, almost otherworldly quality, like a final tour of the edge of humanity, before Marty’s eyebrows waggle over to the other side.

Garfield, who has gone from strength to strength in 99 Homes, Angels in America and Hacksaw Ridge, is perfectly cast as Rodrigues, an achingly earnest man of the cloth, who overcomes any distracting accent with the sheer sincerity of his presence. Driver’s Garupe is the perfect foil to Garfield’s more innocent cleric, all composed angles and solemn awareness against Garfield’s open expressions and tears; a ronin to Garfield’s samurai.

They, meanwhile, are the polar opposite to their Japanese opposite number, Inoue, a Christian-hunter with a love for righteous inquisition: played with a skin-crawling menace by Issei Ogata, he speaks of Christianity in crude metaphors that mock the respectful tones of the English-language dialogue, and yet his quest to unmask all the hidden Jesuits in Japan is one that feels as holy and devout as anyone else’s belief.

Between these two unwavering forces are those poor souls who are converted by the priests – those who would be saved and redeemed, were it not for the fact that they lived in 17th century Japan. They conduct services by candlelight, but face torture and cruel murder by day, a cycle that doesn’t promise to end, unless they sell out their purported saviours for a prophetic bag of silver. One couple get Rodrigues and Garupe to baptise their child in secret. “We are in paradise now?” they ask, with a smile. “No,” comes the frustrated, yet patient voice of Garupe. “But you will be.” The confusion and realisation on their faces is devastating.

When Neeson does appear, his own mask is one of calm acceptance. “Our religion does not take root in this country,” he observes. “It’s a swamp: nothing grows here.” Scorsese takes that hostile environment to heart, filling the screen from the off with shots of dead bodies, or what’s left of them – Christians who refused to do what Ferreira did and deny their creator. As Neeson’s voice returns to our ears, the message is clear: we’re a long way from Aslan.

With a hint of Luis Bunuel’s Nazarín, the result is a searing study of faith and doubt, one that pits the immaculate power of Japan’s Sun against the compassionate Son of God with an absorbing, mighty weight. After The Last Temptation of Christ and Kundun, it feels like the completion a loose trilogy for Scorsese, wrapping up his exploration of spirituality not with a bang but a mature sigh.

The script, co-written with Jay Cocks, is based on the 1966 novel by Shūsaku Endō, but it could easily stem from a much older tale. There’s a story in the Bible that sees Elijah go out and stand on a mountain, waiting for God to pass by. A loud wind blows. Then a rumbling earthquake. Then a roaring fire. But it’s only in the gentle whisper that follows that Elijah hears the Lord. Being still and listening, so the Bible moral goes, is what matters most. Is the voice that Rodrigues occasionally hears that of his Messiah? Or is it the voice of logic and reason in his head? And is denying God on the surface to save other people the same as forsaking his Father altogether? Scorsese doesn’t offer up answers, instead showing us line after line of people all straining their ears – but unable to detect the sounds of anything but the mortal hell around them.

This is a towering, monumental work, which doesn’t shy away from acting like it: there are long, slow passages here that will deter the casual viewer or daunt the curious. But there’s an earthy atmosphere to this philosophical quagmire that, if you open your nostrils, draws you right in to the peaty, overwhelming uncertainty. The Departed climaxed with the explosive sound of moral justice ringing in your ears. Take time to be still and Scorsese’s Silence is deafening.

Silence is available to watch online on Amazon Prime Video as part of a Prime membership or a £5.99 monthly subscription.

Where can I buy or rent Silence online in the UK?

Netflix releases trailer for The Death and Life of Marsha P. Johnson 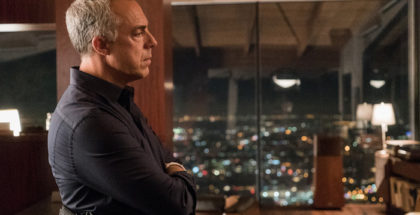 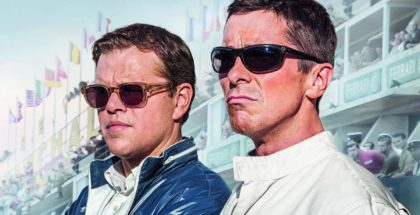 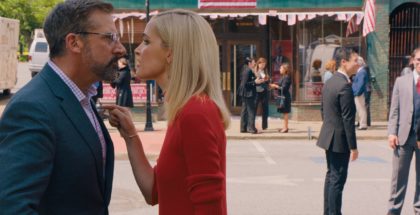