VOD film review: Sideshow | Where to watch online in UK | How to stream legally | When it is available on digital | VODzilla.co 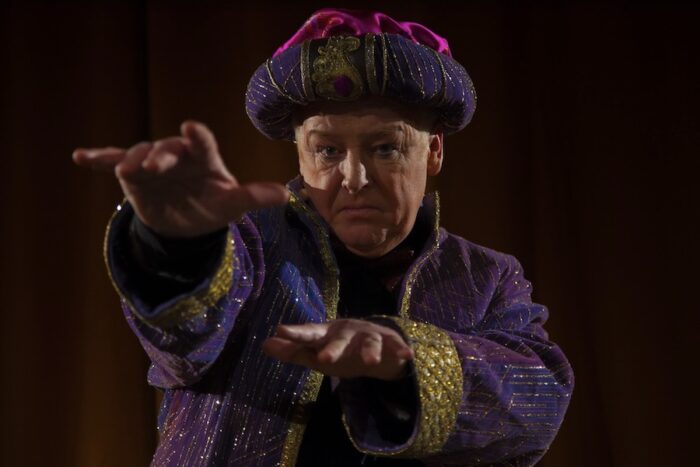 A washed-up psychic is the victim of a home invasion in this occasionally amusing British comedy.

Written and directed by Adam Aldroyd, this cheaply made British comedy stars Les Dennis as Pendrick, a washed-up stage psychic who usually ends up drunkenly insulting his audience, to the despair of his long-suffering agent, Gerald (Anthony Head). One night, things go from bad to worse for Pendrick when he’s the victim of a home invasion by Eve and Dom (April Pearson and Nathan Clarke), two would-be thieves who appear to be searching for something specific.

Aldroyd’s script is something of a mixed bag. On the one hand, it’s nicely plotted, it pulls off a couple of decent surprises and it ends with an audacious moment that just about works, even if you see it coming. It also has a number of decent gags and a strong line in foul-mouthed humour, which Dennis embraces wholeheartedly.

However, the dialogue also contains some lines in reference to a minority group that are needlessly offensive and should definitely have been removed. In fact, the script does try to excuse the lines in question with a late-in-the-day plot revelation, but that attempt is embarrassingly clumsy and only ends up making things worse.

Dennis is no stranger to sending himself up and he duly throws himself into it, but it arguably backfires, because he makes the character so hateful and despicable that it’s impossible to care what happens to him, let alone be moved by any subsequent revelations. As for Head, he does what’s required of him, but his performance does have a distinct air of favour-to-a-friend about it.

Ex-Skins star Pearson does a decent enough job as the smarter of the two thieves, though she’s only really given one note to play by the script. Similarly, Clarke does his best as dim-witted Dom, but the way the character is written makes it seem like he’s too stupid to even be allowed to leave the house on his own, let alone partner someone in a burglary.

On the plus side, the film makes good use of some well-chosen Bristol locations and the production design on Pendrick’s flat is convincing, filled with the detritus and faded memorabilia of his now dismal career. Elsewhere, a special effects shot is less successful and looks shockingly cheap, but given the narrative purpose it serves, it can just about be forgiven. 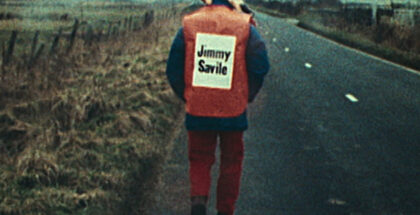 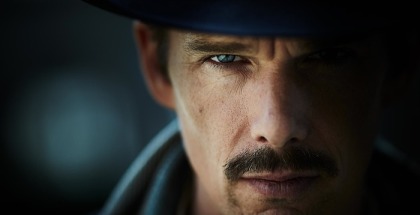 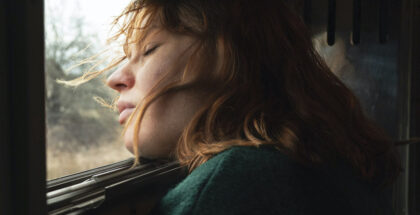 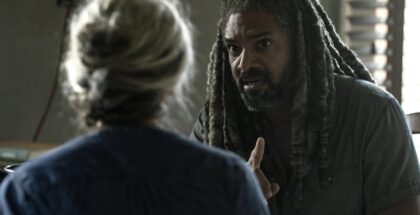