VOD film review: Man Up | Where to watch online in UK | How to stream legally | When it is available on digital | VODzilla.co 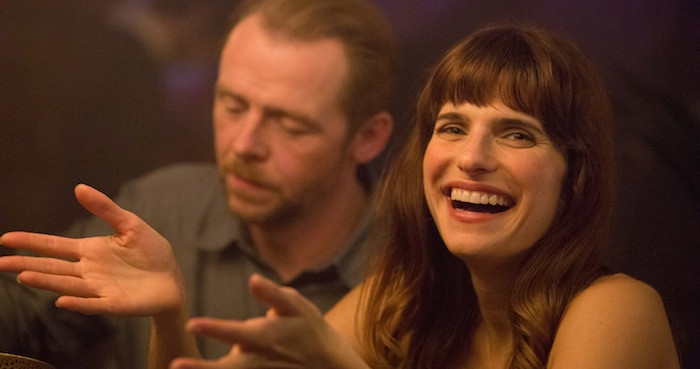 The funniest and breeziest British rom-com in years.

Dating can be a nightmare these days, with match sites and social networks that endlessly boil your prospects down to a series of shallow and swipe-able choices. Playing the field is more like running across a minefield. But Man Up makes the premise of a fateful blind date in London work in 2015.

Nancy (Bell) is perpetually unlucky in love. When we meet her, she’s trying to turn down an obvious set-up in favour of eating and quoting Silence of the Lambs along with the TV in her hotel room. One day, an unlucky encounter with an endlessly chirpy woman (Ophelia Lovibond) leads Nancy to inadvertently steal someone else’s blind date, Jack, (Pegg) for a fun-filled outing. With their phones switched off, Jack and Nancy get along famously, but even after her initial deception comes out, it becomes clear that he’s not really who he’s pretending to be either.

The spectre of When Harry Met Sally looms over this genre: in an era where screwball comedy is either shunned or too difficult to nail, it’s the movie that all rom-coms want to be when they grow up. But while Man Up has been equally influenced by that film and its descendants, it also stands on its own and makes a jolly good show of bringing a more British sensibility to proceedings.

For instance, you would never know that Lake Bell’s not really from Wandsworth. The American actress has a flawless English accent (which we should have anticipated after seeing her triple-threat vehicle about voice acting, In A World) and she’s marvellous as Nancy. Male or female, if you’ve ever tried to psyche yourself up or tell yourself off in the mirror at any point on a date, you’ll be on her side from the word go.

Simon Pegg has a mixed hit rate when it comes to British comedies that don’t involve Cornettos, but happily, this is one of his better ones. Bell and Pegg make a likeable pairing and as we gradually get to know Jack along with our heroine, Pegg’s acting gets an exercise beyond his usual everyman quality.

Although the A-plot is pretty much a two-hander, they’re surrounded by a mostly excellent supporting cast. With a short amount of screen time, Lovibond makes a convincing portrait of the kind of bright young thing who might pull out an adult colouring book and start waffling on about mindfulness at any moment, which unexpectedly speaks volumes about Jack’s state of mind at the start of the film. Ken Stott, Harriet Walter and Sharon Horgan also crop up as Nancy’s concerned relatives, anxiously awaiting her arrival at a family party but even more anxiously wondering how her date is going.

The unexpected weak link, by no fault of the actor, is Rory Kinnear. He plays Sean, an obsessive ex-classmate of Nancy’s, who throws a spanner in the works and too often errs towards massive creepiness rather than being affably obstructive. Kinnear salvages what he can, but he represents a rare misstep in Tess Morris’ script.

There’s a bit of a disconnect between the humour on the page and Ben Palmer’s direction – he previously helmed The Inbetweeners Movie – but the film nimbly gets past the initial misunderstanding in precisely the way that every other high-concept romantic comedy doesn’t and is all the better for it. Even through the inevitable recriminations, Jack and Nancy look like they’re having a blast, drinking, bowling and dancing to Duran Duran’s The Reflex. Morris finds reasonable cause to bust out Whitesnake’s Here I Go Again later on too and the banging soundtrack makes for an ideal accompaniment to what looks like the best first date most of us could ever have.

That breezy energy and breakneck pace make it easy to forgive any number of things that might sink a weaker rom-com, starting with the super-generic title and going right up to the inevitable happy ending, delivered with a side of cheese, a la Richard Curtis. Man Up is funny and charming and as a romantic comedy confined to one night in London, it’s pretty much ideal. 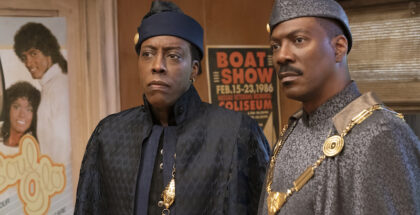 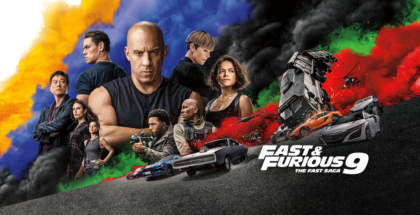 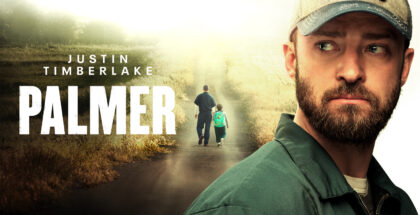