VOD film review: Robot Overlords | Where to watch online in UK | How to stream legally | When it is available on digital | VODzilla.co

A charming family sci-fi with ambition and imagination? We, for one, welcome our new Robot Overlords.

The movie doesn’t disappoint. Set three years after a robot invasion, it sees humanity kept under curfew in their homes – a system held in place with mechanical trackers screwed into people’s necks. The film doesn’t shy away from the nasty reality of the situation, with grown-ups vaporised within minutes of the opening frame, including the father of young Conor (Milo Parker).

What do they do with their new-found freedom? Start the human resistance – but not before popping to the nearest sweet shop. Mark Stay’s script, co-written with Wright, nails that balance between sci-fi grit and adventurous glam, filtering the Amblin escapades of old through a modern Britain. And so we get the time-honoured themes of fatherhood and family (Sean is searching for his dad, who went missing during the first fights between man and bot), but we also get geezer Tamer Hassan hamming it up as a stereotypical gangster type, who could easily have walked right off the set of Cockneys vs Zombies.

It doesn’t skimp on the freaky side of sci-fi, either: our main villain is effectively teacher-turned-cowardly-collaborator Robin Smithe (played by Ben Kingsley), but he liaises with “The Mediator”, a mechanical child with all the creepiness of Ash in Alien. The film carries the same practical aesthetic as the clunky classics, from the mundane (non-American) location right down the robots themselves, which, while all CGI, have a battered quality that carries a threatening realism; when they shut down and fold into cubes, you could almost reach out and pick one up.

Younger audiences might not deal well with the darker hints of genre, but it gives Robot Overlords an exciting rush to events that can sometimes be missing from family fare. The cast, meanwhile, has more than enough humour to balance it out. The always-excellent Anderson is given the odd ripe line of dialogue, but Callan McAuliffe is charming as the young Harrison Ford-a-like, Ella does well with the love interest role, while Harpey, also in the excellent The Beat Beneath My Feet, is enjoyably stupid. It is Milo, though, who brings them together, his enthusiastic presence helping the ensemble to interact in a wholly natural way that offsets any cheesy moments.

Cinema at the moment is enjoying a wave of young adult series, with The Hunger Games, The Maze Runner and Divergent all offering entertainment for US teen audiences. How rewarding it is, then, to see a young adult sci-fi that feels so British – and is ruddy good to boot. Boasting top-notch world-building on a small-scale budget, Robot Overlands is smart enough not to reach beyond its fun premise (it clocks in at just 88 minutes), yet remains brave enough to leave questions unanswered, paving the way for what could be a promising sequel – not to mention a strong career for Wright. He may not have the Hollywood buzz of Christopher Nolan or the hyper-kinetic style of the similar-surnamed Edgar, but the director has a voice (and confidence of tone) that knows exactly who he is, whether he’s working with drunken aliens or giant robots. A UK franchise featuring more kids taking on tyrannical machines? We, for one, welcome our new Robot Overlords.

Where can I buy or rent Robot Overlords online in the UK? 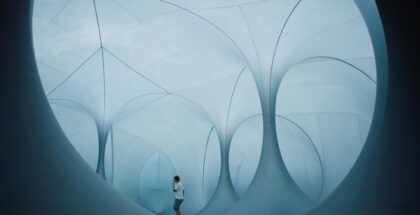